We decided that if we were going to be in VA picking up the car we might as well take advantage of the Hero’s Salute and visit Busch Gardens for free! If you are active duty 4 members of your family can get into Busch Gardens (or other Anheuser-Busch parks) free one time. We knew we’d have to pay for one ticket because there are 5 of us. So we were extremely surprised when the lady at the counter gave us a free ticket for Bea as well! So for the whole day at the park we only spent $60, can’t beat that!

The park was European themed so it was interesting. They were doing Howl-O-Scream events for the month of Oct. but due to the scare factor we skipped those.

The park was pretty uncrowded for the first few hours (10 am – noon) but after that it started getting crowded and you had to wait in 45 minute lines for rides. After being at Disney and using Fast Passes we were a bit disappointed. You could use fast passes here but you had to buy them and they were $40 for adults and $25 for the kids, we couldn’t see the sense in buying those for only a few rides.

I only went on 1 of scary or intense roller coaster rides, The Loch Ness Monster, and Mr. B braved the rest with Bubby (on the ones he could ride) and Boo on the others. Boo was able to ride all the roller coasters which made his day. After being at a thrill park like this he says he never wants to go to Disney again, LOL!

Mr. B wanted for us all to go on the Log ride since we had done Splash Mountain at Disney, so we headed over there and got in line. When we were standing in line we were seeing people come off the rides pretty darn wet, I was starting to think it may not be such a great idea. Bubby & Boo rode in the front of the 1st log with Mr. B behind them, Bea and I were in the back of the 2nd log. Somehow the guys escaped getting wet while Bea and I were SOAKED, and I had jeans on! Luckily we had brought in Bea’s jacket with us so I took off her dress and put her black jacket on with her leggings, and I eventually dried off as well.

After spending 9 hours at the park we were all exhausted and ready to find somewhere (other than the crowded park) to eat, so we called it a day and headed to the nearest Cracker Barrel. Bea was so exhausted she fell asleep on the way and we had to wake her up to get her to eat some dinner. We were all tired and asleep by 10 pm that night!

Overall we had a fun time. I was surprised at Bubby’s willingness to go on the roller coasters, normally he doesn’t like intense rides. I was also worried about there not being any rides for Bea but there were quite a few rides for little kids so it all worked out great. The cell phones were a huge help in the park so Mr. B and I were able split up while they waited for the big roller coasters and I took Bea back to some of her ‘favorites.’

If you have the chance take advantage of the Hero’s Salute, the offer expires 12/30/08 so make plans now! 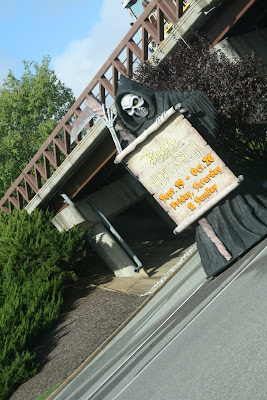 Grimm Reaper at Entrance to parking 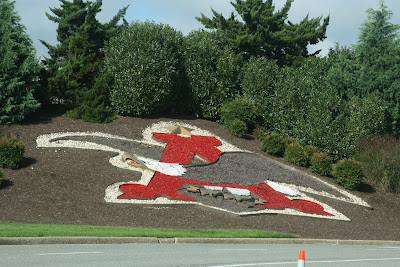 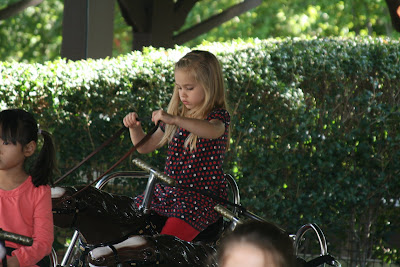 Bea getting settled on her horse ride 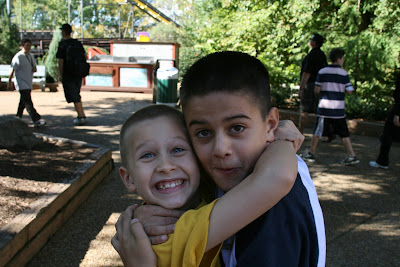 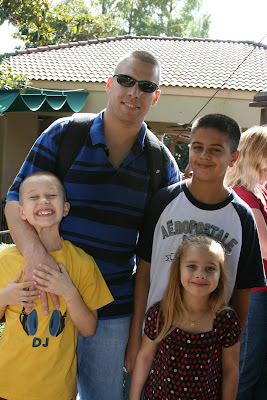 Waiting in line at the Battering Ram, one of Bea’s favorites 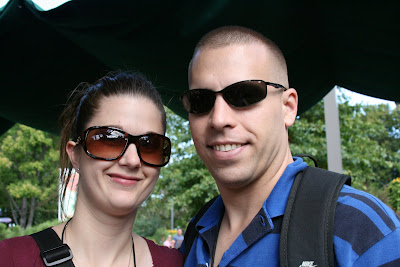 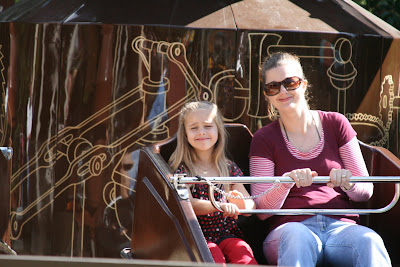 Me and Bea on the Time Machine, sun in her eyes again 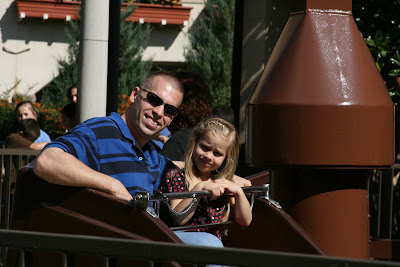 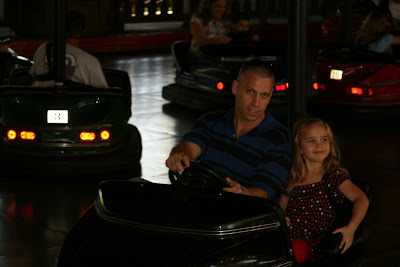 On the Bumper Cars 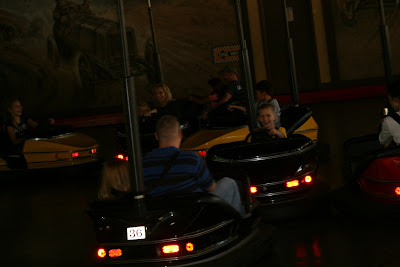 Hanging out with me watching Bumper Cars 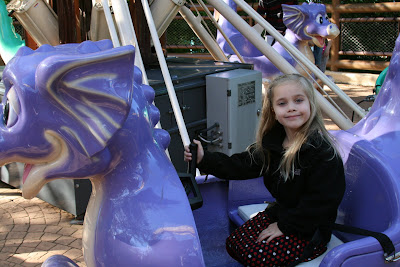 Bea in the Land of Dragons 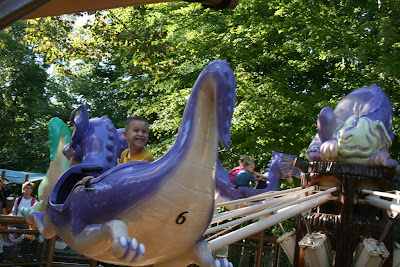 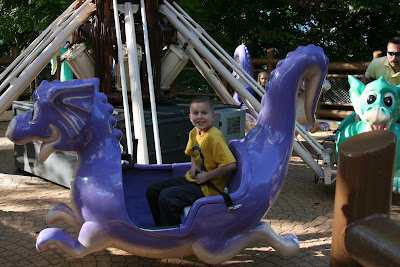 Another on the dragons