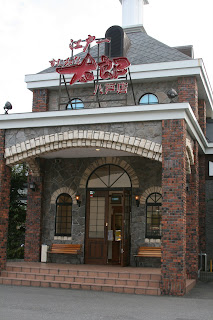 View of the entrance to The Viking in Hachinohe
The other night we headed out to try the Viking Restaurant in Hachinohe, since we’re getting really close to moving we figured it was now or never. After dinner we headed to Fukuchi water park for one last time since the kids have been begging to go back there. 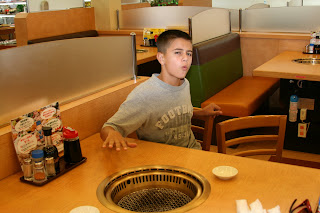 Boo demonstrating the heat of the table grill
There is a Viking resturant here in Misawa which we have been to several times but we have heard the on in Hachinohe was better so we decided to check it out. Mr. B got to use his birthday gift, Garmin 670 GPS, on the way to the restaurant and it rocked! I can’t wait to get to the States and try it out. We found the restaurant with no problems and thankfully it was during a slow time and there was only 1 other family in there. 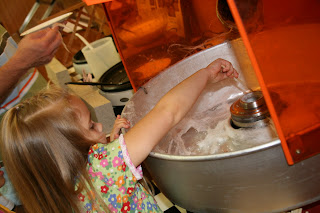 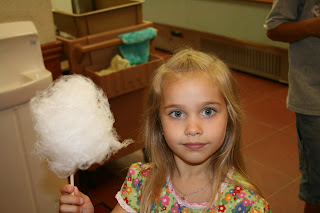 Bea’s finished product
The prices were higher than the one in Misawa with Mr. B and I costing $20 each which did NOT include a drink (unless we wanted free water) so then we had to pay 200 yen each ($2/each) for sodas. Boo was $14 and Bubby and Bea were $10, all of the kids prices included drinks and a free toy. After we got over the shell shock of dropping $75 walking in the door we proceeded to our table. 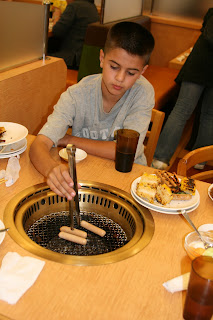 Boo grilling his dinner
The Viking is a all you can eat buffet style restaurant where you cook your own meat on grills in your table. There was a much bigger variety here than in Misawa and the dessert section was super! It included build your own crepes, make your own cotton candy, as well as hard and soft serve ice cream, and pastry treats. It was worth the $ for how many desserts we consumed, LOL! 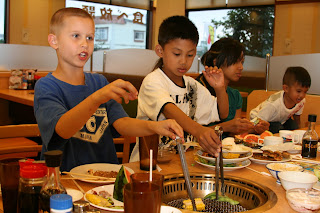 Bubby explaining his grilling process
The kids had a blast helping Mr. B grill the meat and veggies. The biggest hit of the night was the cotton candy machine with both the kids and Mr. B! They had a great time making their own cotton candy and then eating their creations. 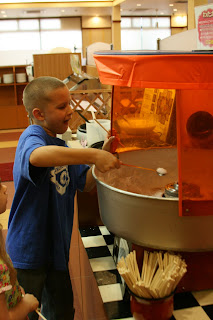 Bubby pouring the sugar in the cotton candy machine, see his look of concentration 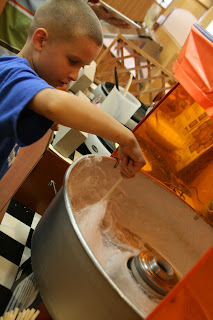 Bubby getting his cotton candy on a chopstick 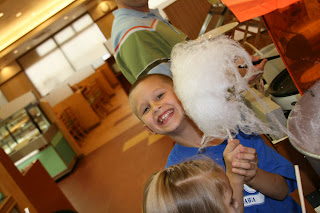 Bubby with his finished product
After stuffing ourseleves it was off to Fukuchi water park to burn off the calories consumed during dinner. The great thing about going to Fukuchi water park in the evening is that after 5 pm you get in for a discounted rate. Adults are nomrally 1000 yen ($10) but after 5 pm adults are only 610 yen ($6.10). The kids are normally 500 yen ($5) each but were 310 yen ($3.10) after 5 pm. And they are open until 9 pm so that left plenty of time for swimming. We did find out that the water slide closes at 7 pm, which truthfully isn’t such a bad thing since it costs 50 cents each time to go down it. 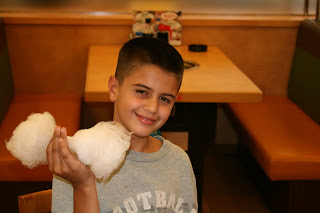 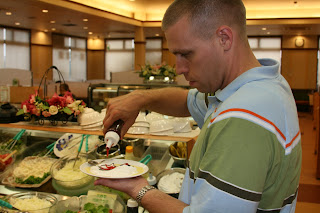 Mr. B with his self made crepe
We had a great time and as we were driving home realize that it was our ‘last’ visit to Hachinohe, which makes the move all to real and close! 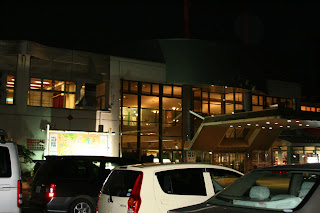