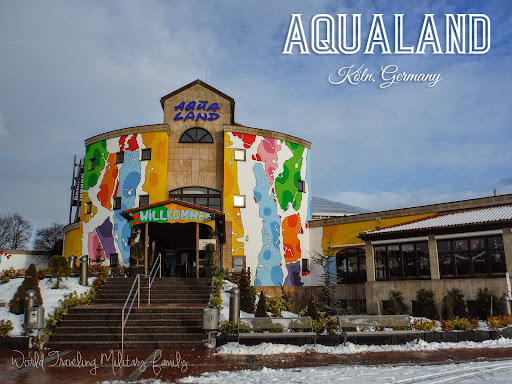 Aqualand is in Köln, Germany also known as Cologne to the Americans. It’s a great indoor water park that can provide lots of family fun! 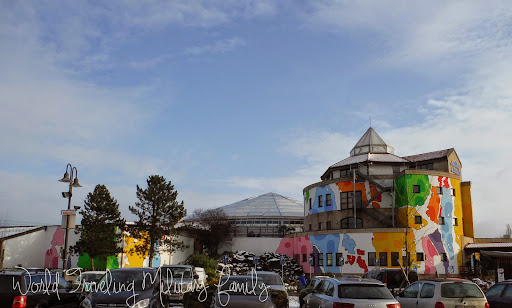 Know that this place can get busy so there are a few tips to to help you get the most out of your visit. First this would be an ideal place to visit on an American holiday as the Germans will still have work & school. Also plan to arrive early as it tends to get busy after 12 noon and stay that way until around 5 pm. 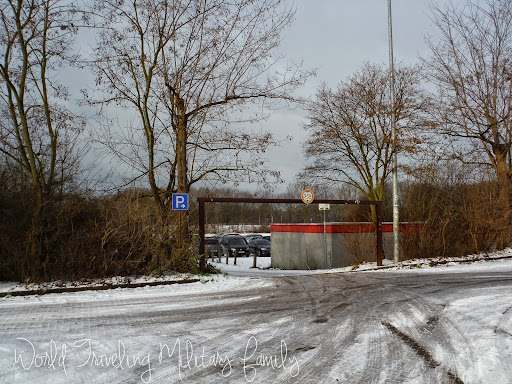 We went on Dec. 29th, 2014 so I think many Germans were off for the holidays because it was busy. I wanted to arrive when it opened at 9:30 am but due to a late start with the weather we didn’t get there until 11 am. The parking lot was full and we had to go to the overflow parking which was filling up. By the time we left around 3 pm the overflow parking was packed!

There was a line to get tickets and we had to wait 15 minutes just to get tickets to enter the water park. I’d recommend going early to avoid the crowds. We got the 4 hour pass and it was €67/$80 This worked great for us because at 3.5 hours we were done and ready to go. 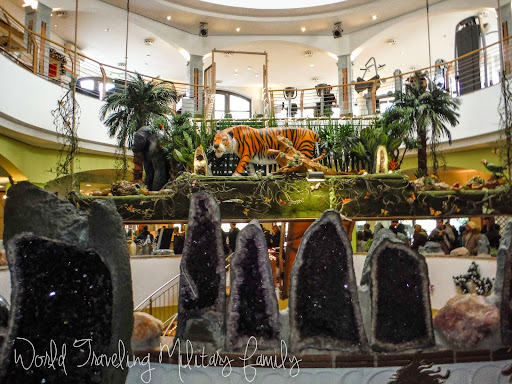 I wasn’t able to get many photos inside because in Europe they don’t like you using your camera in swimming places, so I only got a few of the common areas. Luckily there are quite a few photos and even videos of the slides on their website (LINK). I will say that the place is smaller than it looks on the website but still large enough to have a good time. 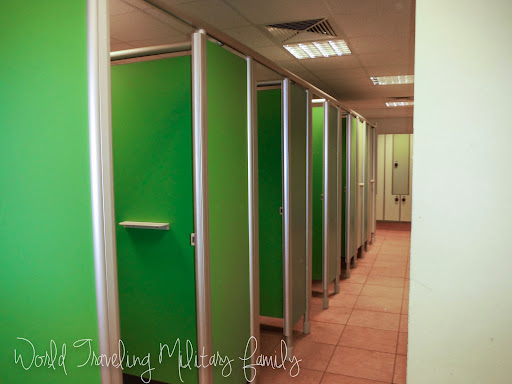 The locker rooms are co-ed, with changing cubicles available for privacy. Note that some Europeans do not use changing rooms. There are Mens & Women’s restrooms though. Free hairdryers mounted high on the wall to stand under and dry your hair as well. The lockers are free and are ‘rented’ using your access card. The co-ed changing rooms weren’t an issue for us, it was actually nice that we didn’t have to split up but if I would’ve known I could’ve taken 1 bag for the family instead of a ‘guys’ bag & ‘girls’ bag.

After changing we headed out to get chairs, this was around 11:30 am at this point, and there were almost no chairs to be found. We finally found 3 together and threw our towels on those and set our bag down. You can save your chairs by leaving your towels on them and no one will bother them. 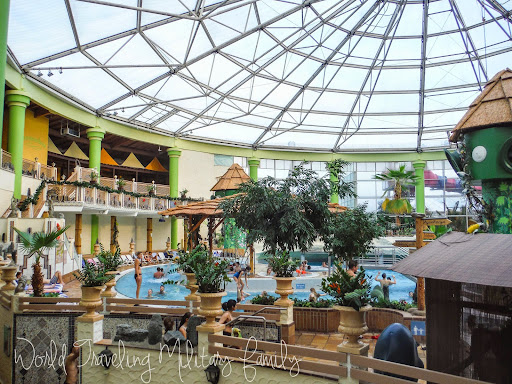 Another great thing about Aqualand is that you can bring in outside food & drinks if you’d like. I had found this out ahead of time so we stocked up and took in our own water as we know it can get expensive. I seen many families snacking on food they had brought in. We ate at the facility, the food was decent and the prices were reasonable. Drinks were €2,90 for the large cup (smaller one only €0.20 less) and that included water from the soda machine. Pizza was €6,50 for a med size, half a chicken was €5,60, pommes (fries) were €2,50 to give you an idea. We also bought a chocolate muffin & piece of cake for €4 for both.

One of the downsides to going when it is crowded is using the slides. 3 of the slides require inner tubes and the Europeans were not about sharing and there was no staff to make them share. They would exit the ride with the tube and then just keep it and walk past large groups of people waiting. So it took a long time to get 5 tubes for all of us. I think this would be much easier on a less crowded day. There are 2 slides that do not require tubes but one of the slides had a 15 minute wait so we only did that one once. When we first go there you could go on the drop slide with a 2 min wait, an hour later it too had a 15 minute wait.

There is also a lazy river that goes outside as well. Mr. B & Boo got out and rolled in the snow and jumped back in! For smaller kids there is a water play area, arm floaties are ok here too.

The water was semi warm but comfortable, there were some warmer small pools too. Inside the dome was fairly warm too unless you were walking around wet then it was a bit chilly. The Germans had robes for walking around which was a smart idea. I was cold when we walked over to check out the food but after we went and dried off and I wrapped up in a towel I was fine. We also took flip flops for wearing around out of the water, some Germans had them as well but many didn’t.

The staff was friendly and helpful and most spoke English or at least enough for us to communicate.

It was a great day trip to hang out as a family and get out of the cold weather and snow! Despite it being crowded we all had fun but could’ve enjoyed it a little better had we gone earlier or an ‘off’ time. It’s worth a visit if your looking for something to do under 2 hours from Spang.

If you’ve been to Aqualand what did you think?!

How long: Plan on at least 2 or 4 hours depending on the ticket you purchase, but could easily be there for several more hours.