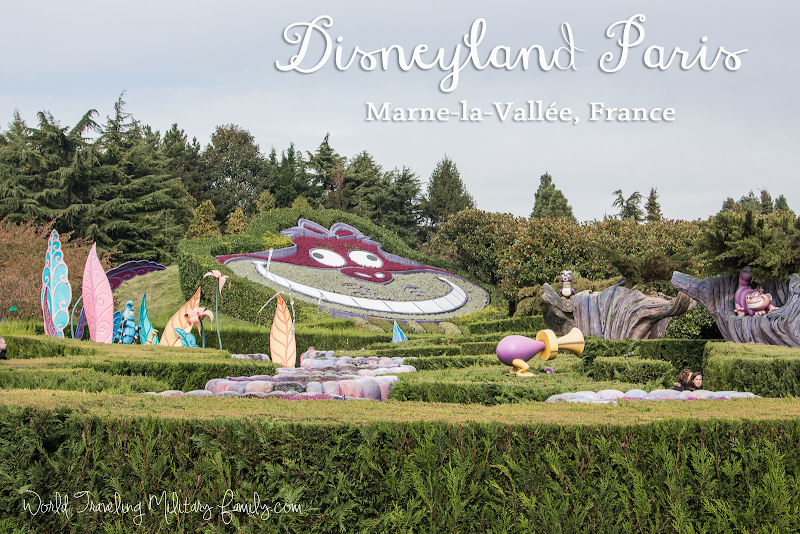 Disneyland Paris is located in Marne-la-Vallée, France and is about 45 mins outside of Paris. Here you’ll find a Disney shopping area, and Walt Disney Studios Park. This is the larger of the 2 parks with 41 attractions and 7 entertainment options, as well as the parades, there are no parades at Disney Studios. It can easily be done in one day, with the right plans. While we had a fun time it is a one and done kinda deal for us, we were able to see/do everything we needed so there is no reason to go back. We loved the Fall/Halloween decor they had up, which made it better in my opinion.

First off for planning I highly recommend getting the Independent Guide to Disneyland Paris 2015 (or if there is a newer version). This book was a HUGE help in helping us to plan our time and avoid the lines. It also helped us to avoid waiting in long lines for food as well. I bought mine from Amazon as our local library did not have a copy. The guides for each park are fantastic for knowing where to go and when to get the most for your time! There are several ‘day plans’ in the book you choose the one that is best for your family. We used it and were on Big Thunder Mountain right away and then even got to ride several of the rides like Space Mountain many times. 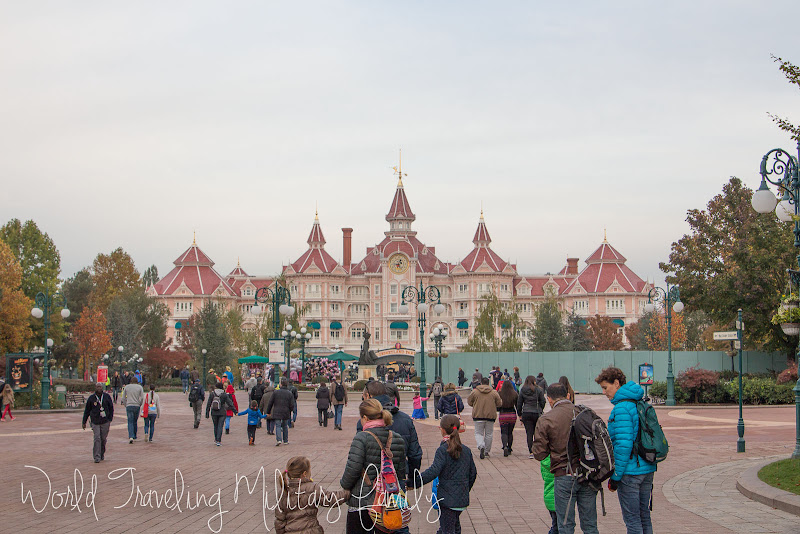 Parking is €20/day unless your a hotel guest (Explorer’s hotel also has free parking at the Disney Parks) so I recommend choosing a hotel with a shuttle service. 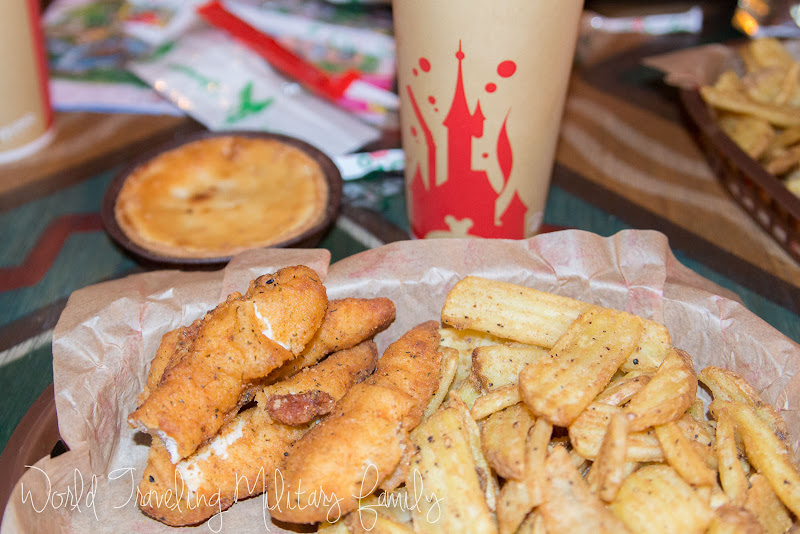 Food in the park has many more options than Disney Studios but is still expensive. Food at one of the cheaper places is €11,99-€14,99 a meal. Lunch at this park cost us €53,96 for the 4 of us. Even snacks were expensive as well as drinks. I recommend bringing in water & some snacks and then eating outside the park for meals. 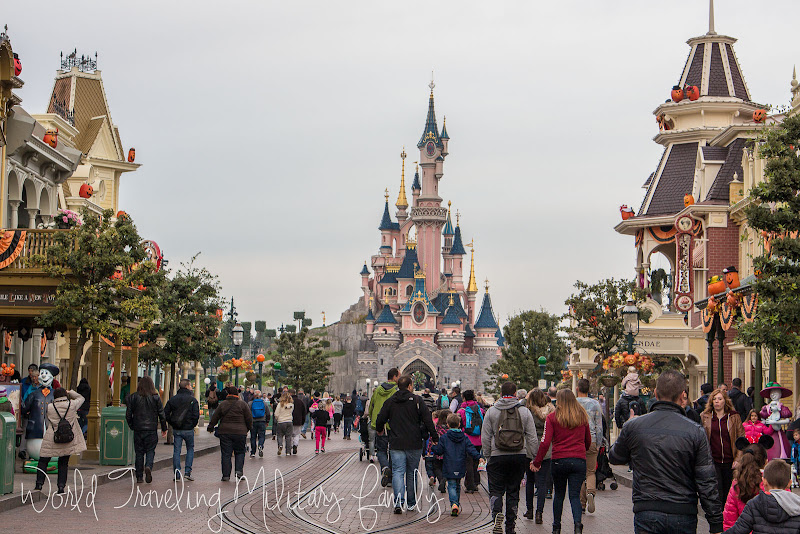 Our park experience was comparable to any other Disney park we’ve been to, although Disney Sea in Tokyo is still our favorite. One of the things we did like about Disneyland Paris is that because it’s so small it’s easy to get from one end to the other fairly quickly. So if you have littles and don’t want to be overwhelmed with one of the larger parks in the States this could be a good option for you. 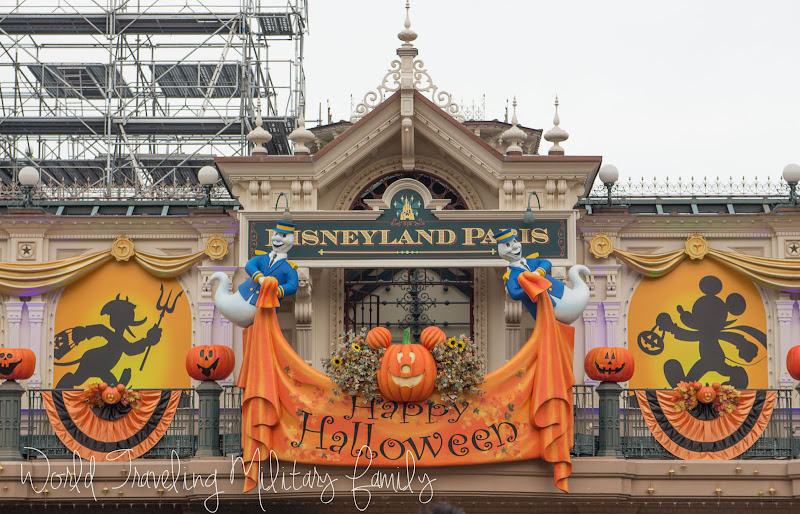 Going during one of the holiday seasons is fun because of all the extra decorations around. They provide for some neat and fun photo opportunities and the characters are dressed up as well! 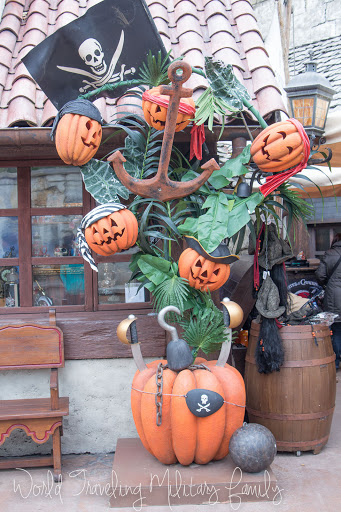 Keep in mind you really need to have a plan and know how to use the FastPasses (all the info in the book I mentioned above) to get the most out of the experience because even the rides like Dumbo get up to a 90 min wait, which in my opinion is not worth it. Also try to do during the weekday, Monday’s are the best, as the weekends are MUCH busier and have longer lines. We did Disneyland Paris on a Monday and were able to easily ride several of the rides multiple times. Sunday at Disney Studios was much more crowded! 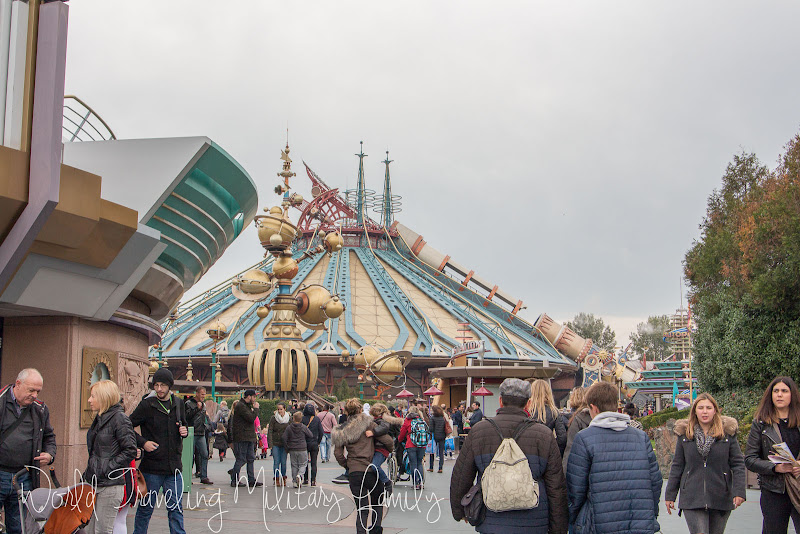 Also keep in mind that there are not a whole lot of bigger rides for those with teenagers, etc. There are a few like Big Thunder Mountain, Space Mountain (our fav), and Indiana Jones but that’s about all. Our kids are 12 and 15 and were done and ready to go by 3 pm, we had gotten there when the parked opened at 9 am. So it only took us 6 hours to do the park and attractions we wanted to do. 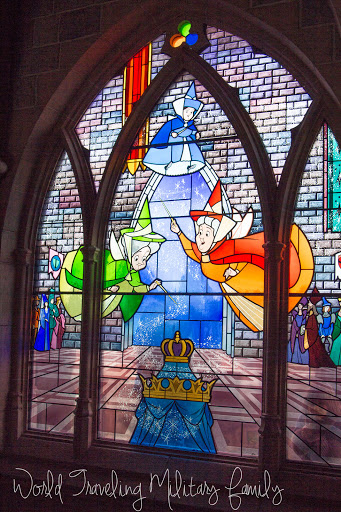 Overall it didn’t have a whole lot of rides for older kids and can easily be done a day. We had a fun time but I wouldn’t say it’s a MUST do unless your a Disney fanatic or already there in the area for Disneyland Paris. We did like the decorations at this park since Disney Studios didn’t have any, and we were able to ride more rides here because it was a Monday and there was less people. Same consensus as Disney Studios…it wasn’t the best amusement park we’ve been to but it was ok for a visit once. I will say if I had smaller kids I’d prefer doing a smaller park like this one verses the huge one in Florida, which we’ve done several times.

Traveling with little kids: If your wanting to experience Disney without the enormous sized parks of FL & CA this is a great way to do so.