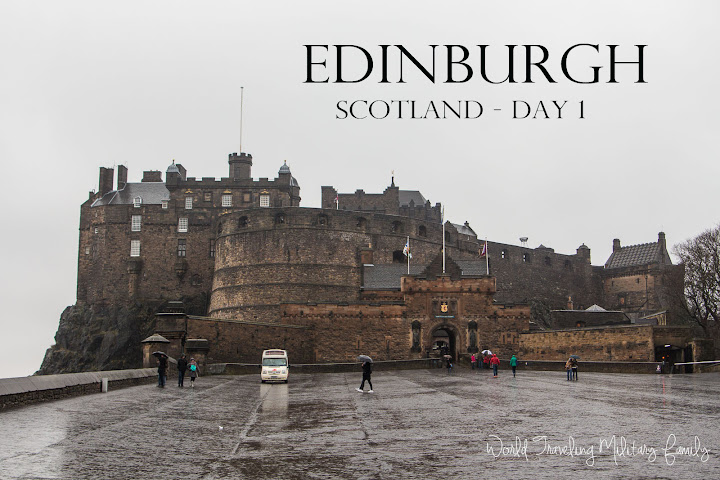 We had such a great time exploring Scotland on our spring break trip! This post will cover Edinburgh –  Scotland Day 1. We hit so many places over the 4 nights and 5 days that I have to break it up into several posts, so on each one I’ll be covering more info about what we did from our Scotland Itinerary & a few places may even warrant a post of their own. I’m going to start in the most logical place which is the day of our arrival and the half day that we spent in Edinburgh, Scotland. 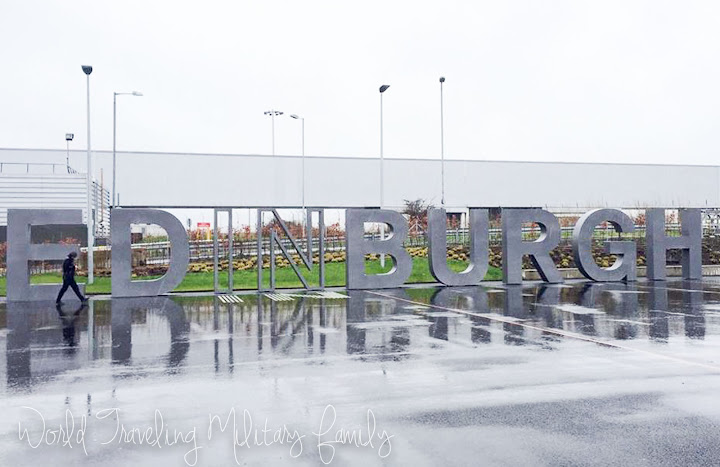 We flew into Edinburgh airport on a Tuesday around 1 pm. We had rented a car from Budget (I’ll be sharing more about this in another post!) so we followed the signs to the rental car location. The car rental area was about a 5 mins (fast paced) walk from the arrival area of the airport. Once we arrived it was a quick process to pick up the car and we were on our way to check into our B&B.

We stayed at Castle Park Guest House and it was £90/$130 for 1 night for our family of 4. This included a hot breakfast made by the owner in the morning. We had a large room with 3 beds so it was a perfect fit for us, it was a quaint & charming building. Wifi was decent it was good for checking websites & Facebook but not fast enough for streaming, which can be a common European issue. Breakfast was fantastic! It was cooked to order and we had eggs, sausages, ham, grilled tomatoes & mushrooms! Also had cereal, cheese & crackers. There was OJ, coffee, tea, & water to drink. 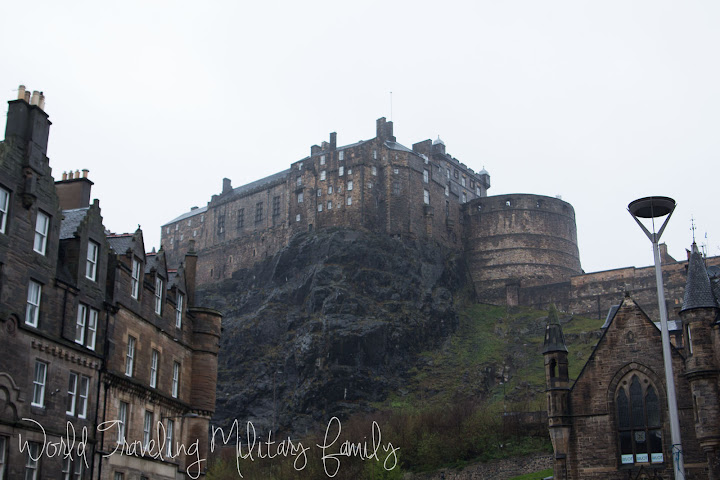 After checking in we set off to explore Edinburgh and grab some lunch. We took Taxi because it was raining, it was only a 7 min ride, £7.55 with tip. Walking would’ve been about 15 mins to the castle area. 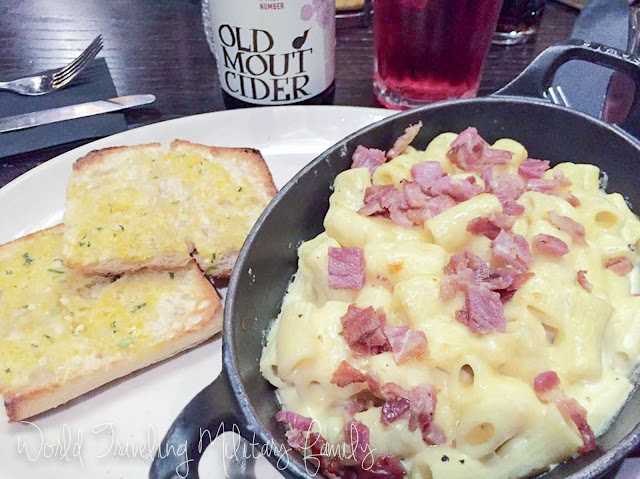 We went to grab Linner first (lunch/dinner because it was 3:30 pm) at The Filling Station. They serve American style food which was a treat after living in Germany for over 2 years! It was £65.30 for our family of 4. On the way there hubby popped into Oink to grab a pork sandwich, he said it was OK but nothing great. 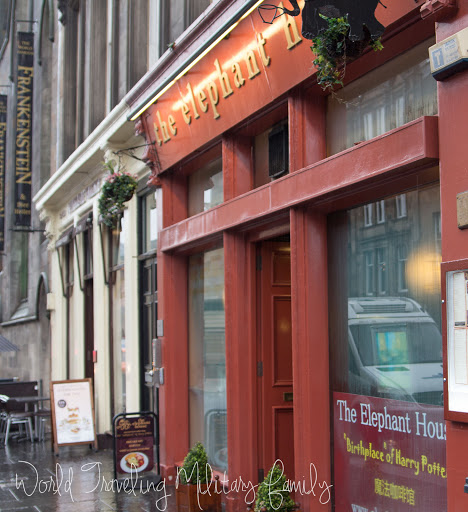 We stopped by the Elephant Café and took a picture of the outside, JK Rowling wrote Harry potter there, so we figured why not stop by! Due to the crazy weather the windows in the buildings were foggy, but can’t control that. 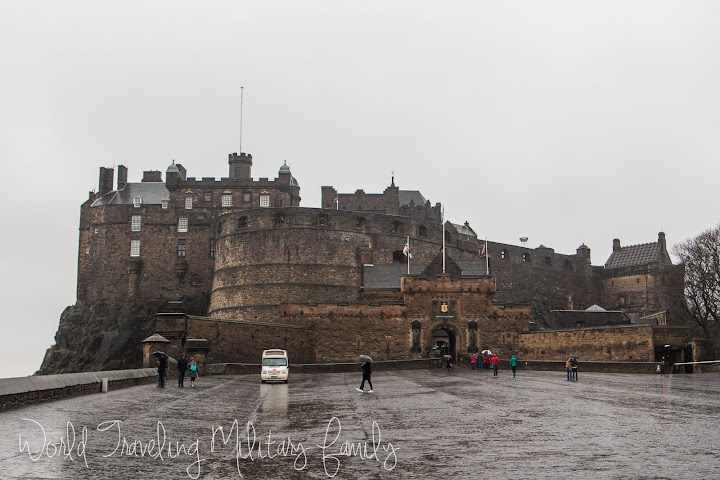 We walked up to the Edinburgh Castle but just for pictures from the outside and the overview of the city, we chose not to go inside and pay the large amount after researching reviews and talking with some friends who had visited and choose to skip it as well. We were already seeing several castles on our trip so it didn’t make sense for us to shell out that much £ for our family of 4 with the feedback I’d gotten. 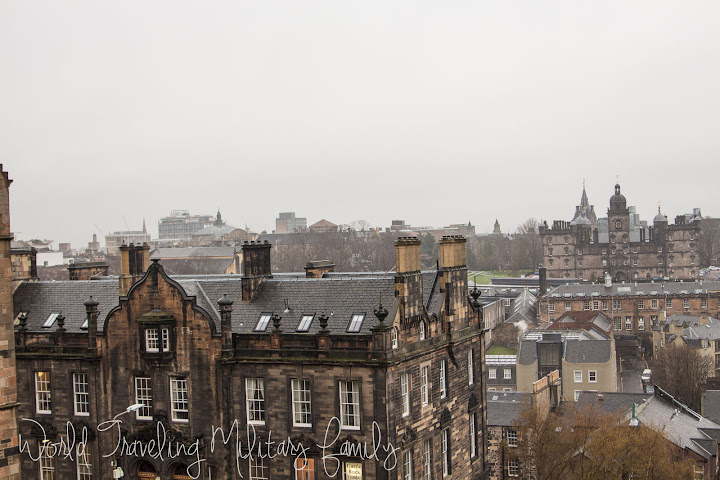 Again the skyline was a bit gloomy due to the rainy weather but that’s European life for ya! 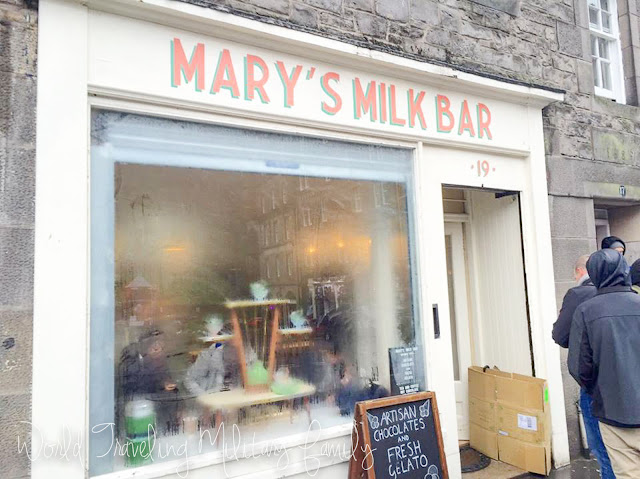 I made it a point to stop by Mary’s Milk Bar where they serve homemade gelato and have some unique flavors. Bring € as it’s cash only there. They also have some homemade chocolates as well. 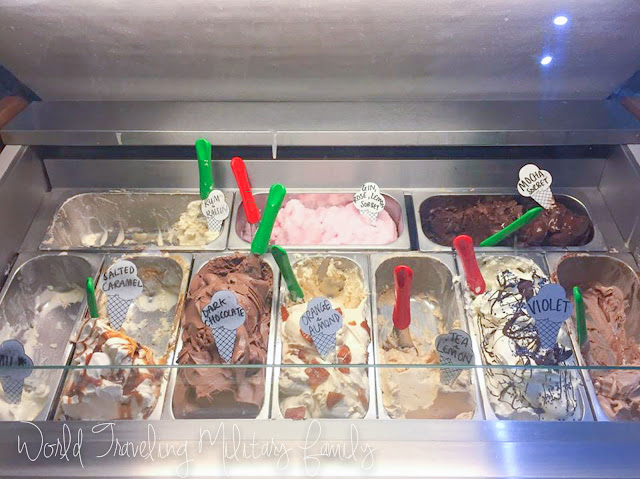 They allow you to sample the flavors and the violet was surprisingly fresh and fun, who knew flowers could taste so good?! Prices were reasonable we got a cone with 2 scoops, a cone with 1 scoop, and a milkshake for £9. There is limited seating (about 10 seats) and it’s a busy place so plan to take it to go if needed. 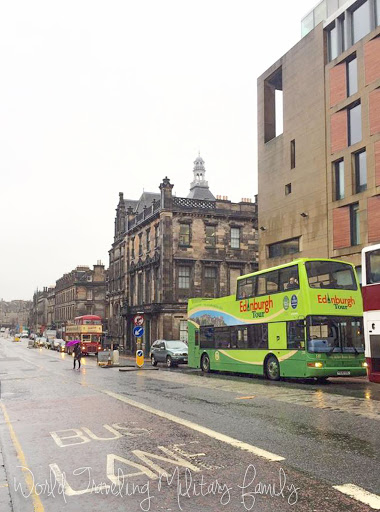 We took a taxi back to the B&B and it was another £7.55 with tip, we would’ve walked the 15 min but it was still raining. It was a quick ride and then we hung out and relaxed at the B&B for the evening. 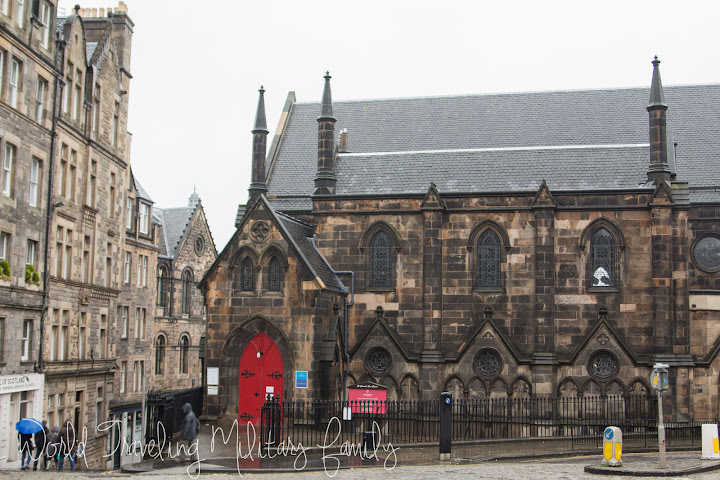 I loved this red door! 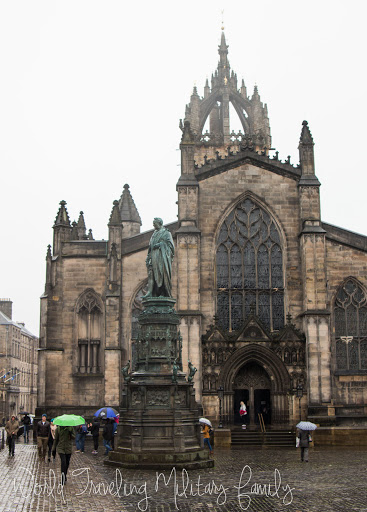 Overall I’m glad we can say that we’ve checked Edinburgh out but it was by far not the highlight of our trip. We loved the Highlands and the weather out that way was much better than in Edinburgh the whole time we were there.