The Japanese have many festivals and parades especially during the Summer. We went to a parade and found this to be an interesting section of the parade, that provided a little culture shock for us. We are enjoying the parade when suddenly around the corner came several naked booty guys wearing weird hats with painted faces, talk about cracking the Americans up: 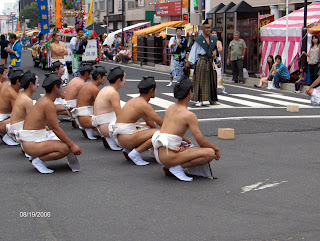 Japanese guys squatting and waiting to perform an act, it was a 5-10 minute part of the parade that they stopped and did every so often 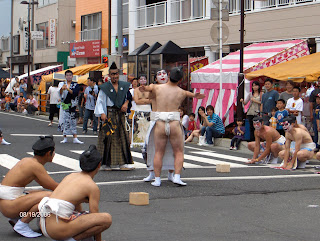 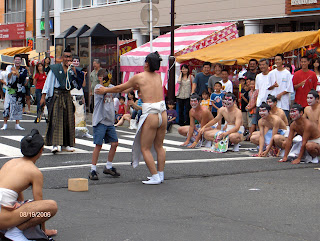 This poor American kids got dragged into the action, I can only imagine what he was thinking! 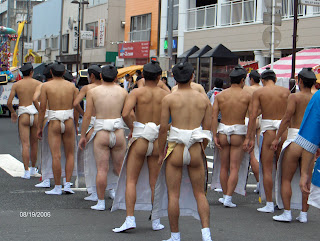 Rear view shot (literally) I have no idea what or who they were supposed to be, we were thinking Sumo but then realized they are way to skinny to be Sumo. Thankfully it was a warm day so they wouldn’t get too chilly! 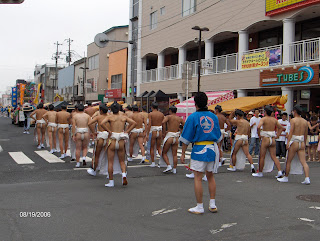