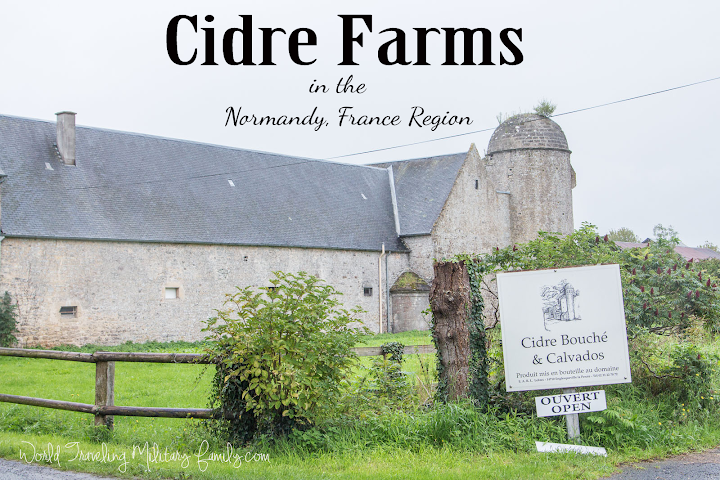 Cidre Farms in the Normandy, France region are one of the area’s best kept secrets. These hidden gems will take you a little mini adventures where you’ll be rewarded with locally made cidre, an apple wine, or fresh apple juice! They also have pear wine and Calvados. We stopped at several during our trip and brought home a ton of cidre.

To find these gems you need to be on the lookout for Route de Cidre signs with a red apple! When you see the signs, follow them! Yes, it will usually be some sort of detour from your planned route but we found that was part of the adventure! 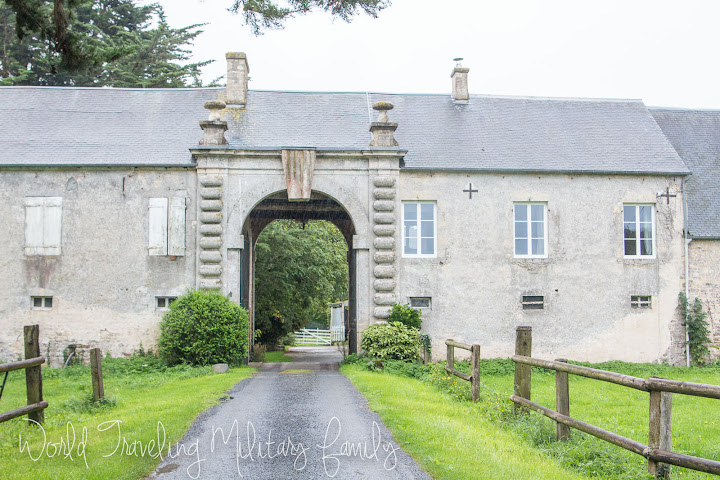 We also took up Rick Steve’s recommendation (and directions) and stopped at Cidreire Lebrec, which is in an 10th century fortified farm! You have to drive across the drawbridge to enter the parking area. If the drawbridge is up you and ring the bell and they’ll come let you in. They are located at 14710 ENGLESQUEVILLE-LA-PERCEE. If your driving from Omaha beach to Pointe du Hoc this will be right along the drive and is well worth the stop. 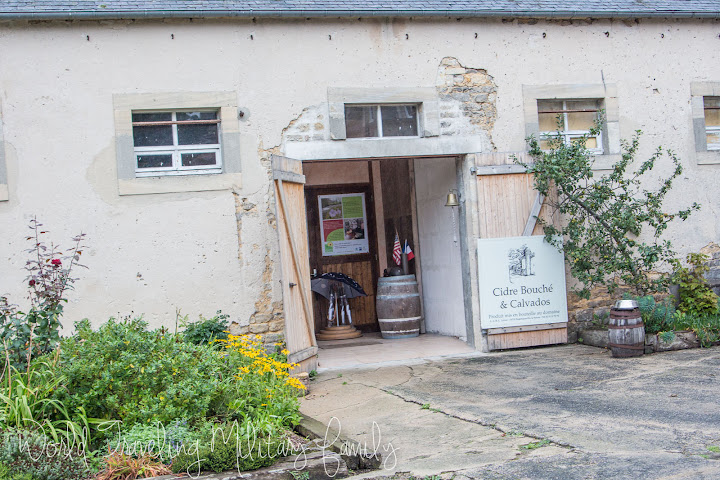 Here you can taste cidre, Pommeau (which is Calvados and apple juice), and Calvados. They also have local D-Day honey, we got some and I’m sad we didn’t get more than 1 jar. The cidre & Pommeau were tasty, as well as the local apple juice. We got several bottles (1 liter) of the cidre and apple juice.

Here he also has a large world map and you get to pin in the location that you are from, that was fun. Bernard, the owner was super friendly and we spent some time chatting with him and 2 Australian tourists that were there as well.

We did learn that early Sept is after peak season so many farms may say closed (fermme) but most will have a sign for you to go knock on they house door, or ring a bell for service. Some even had free restrooms as well as goats and chickens to entertain the kids while we shopped.

Also each farm makes their own cidre and juices so they all taste a bit different. There are also three types of alcoholic cidre: dour which is sweet, brut which is dry, and bouché which is sparkling, and the one we liked the best. Calvados is brandy, which I did not know until I read about it on the drive down. It was ok in the Pommeau (brandy with the apple juice) but way too strong for me by itself. 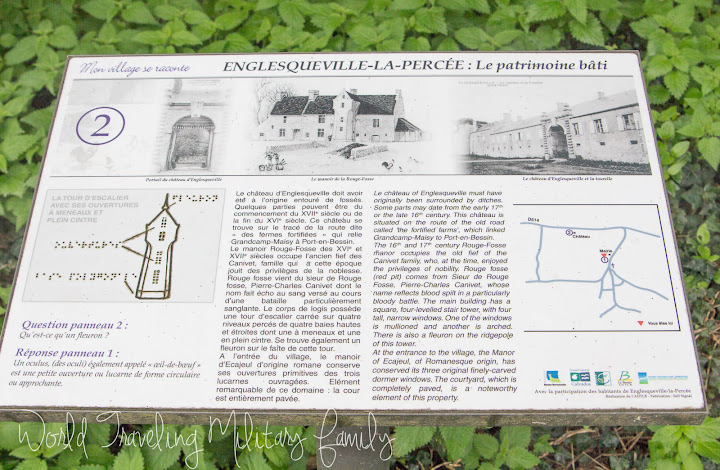 Another upside of visiting the cidre farms is that you’ll find yourself driving down scenic backroads and through quaint villages that you would’ve otherwise missed. Plus you can always use your GPS to get you back on track after the farm visit. The ones we stopped at were no more than 5-10 mins out of the way and worth the extra few mins for the experience!

Hopefully you get the chance to visit some cidre farms in the Normandy, France region. If you have checked some out I’d love to hear what you thought.

What: Cidre Farms in the Normandy, France region.

How To Get There: Keep an eye out for Route de Cidre farm signs & follow!

Parking: There are parking areas at the farms, all free.

Cost: Free tastings, have € to bring the delicious goods home with you! Several also take credit card as well but plan to have €.

Traveling with little kids: The shops are generally small and not really much room for strollers, plan on baby wearing for your visit.

How long: Plan on at least 15-20 mins at each one, more if you want to talk with the owners, and browse around at leisure.