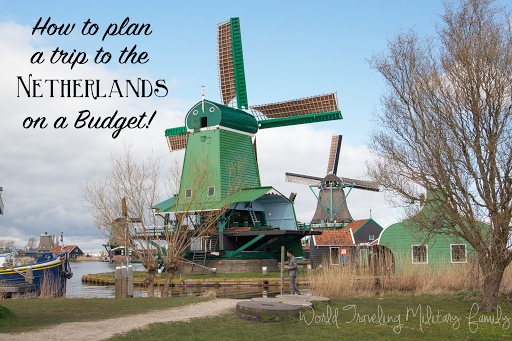 We traveled to the Netherlands (aka Holland to many Americans), in April 2015, so I wanted to share the information I found for how to plan a family trip to the Netherlands on a budget, and in our case for under $800! We stayed 2 nights and spent 1/2 day at Zannse Schans, 1 day in Amsterdam, and 1 day hitting multiple sights as we headed home. It was plenty of time and we got to see and do lots in the 3 days! We traveled as family of 2 adults and 2 kids (14, & 11) as our oldest is still at college until this summer. Little did we know we’d leave feeling like it’s been one of the top countries we’ve visited so far here in Europe!

We knew we were going to drive to the Netherlands because it allowed us to see and do so much more than if we were to take the train, plus I’ve found it’s cheaper to drive when traveling with a family as well. I like to use the Viamichelin website to calculate gas costs and see if any tolls are found on the way. There are no tolls to the Netherlands on the route we took.

You’ll probably need to stop for gas at some point, remember your ESSO card does not work outside of Germany. You can use the Esso Fuel Finder site to locate an Esso station on your route, there is also an app as well that you can download, which works great for when you have service in Germany but not so great for outside of Germany. We stopped in Aachen, Germany to top off and then there again on the way home because we’d spent the day driving before heading home. Also make sure you know the pin for for Esso card! When Mr. B went in to put money on the card he checked the pin because we had not used it yet and it was not set up correctly! So make sure you check before you head off base to get gas or it can be an expensive learning lesson!

Our gas total was $77, which included filling the car before we left. 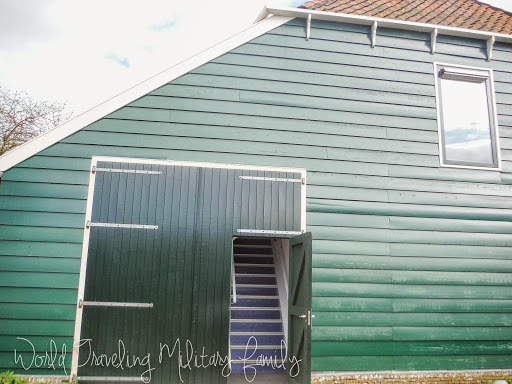 When I was looking for a place to stay I’d had some recommendations about staying near the beach, I checked it it but it was pricey and it wasn’t beach weather anyways so I opted for staying near Zaanse Schas and Amsterdam, knowing that we’d use a Park & Ride to get into the city that day.

I normally use booking.com and orbitz.com to find hotels or apartments and then try to use Orbitz.com to book. The reason for this is because you can use Ebates with orbitz and get 6.5% back! This is legit and I’ve been using it for years, if you don’t use Ebates and would like to sign up you can here. Then I also use an Orbitz coupon code, normally 15% off as well. Unfortunately for the area I wanted there was nothing listed on Oribiz for us so I had to use booking.com which still allowed to me to get 2% back with Ebates however know that Ebates has up to 60 days to give the % back when using booking.com so you have to keep an eye on it, whereas with Orbitz.com you get it back right away.

I was able to score a family friendly B&B at In het Fruit in Zuidoostbeemster, Netherlands. You can read my review about it here. I’ll also be doing a separate post on it as well. It was a great location only 15 mins from Zaanse Schanse and 18 mins from the Park & Ride into Amsterdam. It was also a great deal and included breakfast for us both mornings. 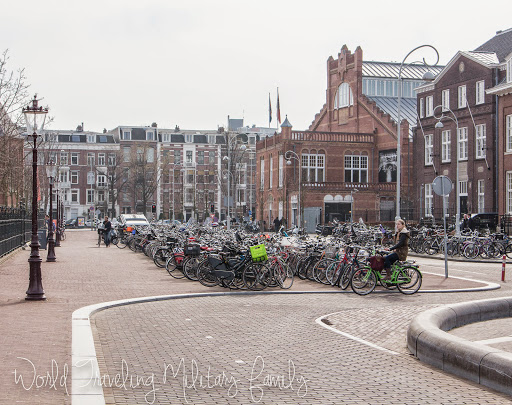 Getting To Amsterdam – Park & Ride (P+R)

Driving and parking in Amsterdam can be tricky so we opened for using the P+R system which is very handy and cheap. However it can be a bit tricky so try to prepare in advance. The P+R Sloterdijk was closest to our B&B but full when we arrived at 9:30 am, thankfully I had printed the online brochure and knew the next closest one was only 5 mins away so we headed there. We then headed to P+R Bos en Lommer which had tons of open spaces but was much tricker to navigate using the P+R system. At the Sloterdijk they had like a central station platform, here there was nothing and you had to figure it out yourself. We ended up exiting the P+R without getting our public transport tickets into the city, and you only have an hour to do so after you park, so we felt on the clock. Mr. B finally went in a restaurant and asked and we had to go down back into the parking garage by the supermarket and buy our tickets from the machine. It was €6,40 for 4 of us round trip to the city and back with the P+R parking ticket. After getting tickets we had to find out where to get on the public transport! Again we went into the restaurant to ask where the stop was. And luckily I had the printed brochure still so we could see the lines and where we needed to go. Less options at Bos en Lommer but we were able to get to the Amsterdam sign with a few transfers. 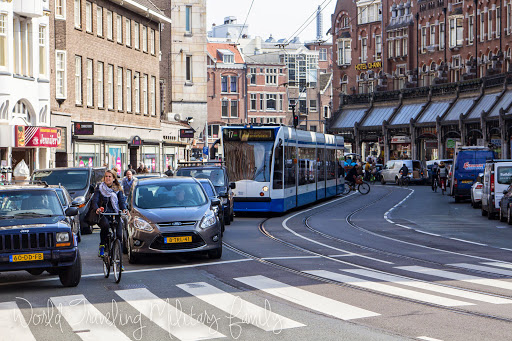 Walking – free just costs time & energy and everything is close together so it’s easy to do without needing public transport. Our longest walk was from the Heineken Experience to the Anne Frank house which took about 25 mins.

If you can plan your itineraries right you can limit the amount of transportation needed, which is what I generally do. 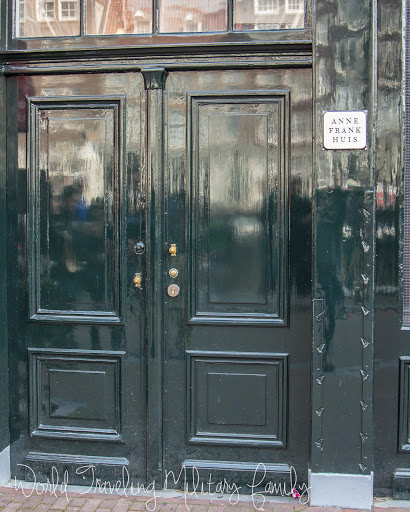 Make sure you do your research in this category! There are a quite a few sights to chose from so you need to know what is the best fit for you. We found Amsterdam to be a great city and part of the charm is people watching. The bikers are great and entertaining, especially with the ones that have wooden buckets on the front that carry kids and pets! There are also discount cards like the Holland pass and the Amsterdam card however we found it better to not purchase these cards. I also talked with someone who recently went and they purchased a Holland card but they didn’t use it all so have a plan and research so you get what is best for you.

There is also a TON to do outside of Amsterdam as well and can be added to you travel there and travel back routes. I know many people often go to Keukenhof to see the tulips but for those who follow us know we’re not a ‘stop and smell the flowers all day’ kind of family 😉 so we chose not to go do this.

Here are some of the sights we hit on our trip, more about them on upcoming post about sightseeing in the Netherlands.

Zaanse Schans – This is a windmill village with some neat things to see including working windmills. There is also a museum there as well as some demos such as chocolate & cheese making. While you can visit the village for free it does cost to go into the large windmills, museum, and a few other things. We chose to get the Zaanse Shans card which was €37/$40 for 2 adults & 2 kids. Parking was €9.

Heineken Experience – fun interactive beer experience that is family friendly and even fun for those who don’t like beer. It was €48,50/$52 for 2 adults and 1 child, kids 11 and under are free. That included 2 drinks per person (including the free child) Pepsi for the kids & non-beer drinkers and 2 beers for the beer drinkers. It also includes an optional canal boat ride to the store if desired, more about that on another post.

Anne Frank house – a must see for most who are visiting Amsterdam, reserve tickets online to beat the crowds…on my upcoming post I’ll have some tips as well how to get them even after they are sold out. It was €27/$29 for our family of 4.

Rondvaart Kooij Canal Boat tour €38/$40 for our family of 4 for a 1 hour round trip tour of the canals.

I will be proving more info about all of these in some upcoming posts so check back soon! 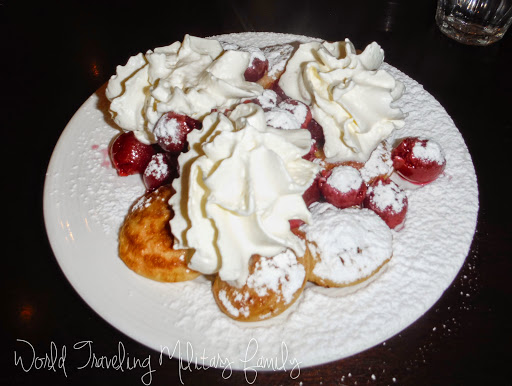 I was recently talking with someone about our trip to the Netherlands and was telling him we really enjoyed the country and then he asked about the food and I told him we were not overly impressed. He stated ‘you don’t go there for the food’ and sadly I have to agree with him. Don’t get me wrong while we found most of it decent and edible it just wasn’t overly impressive.

As always we had to swing my McDonald’s on the drive, making that our 11th country we’ve ate McD’s in! It was reasonable too only costing us €19,80/$21 for lunch for our family of 4.

Dinner in the village near our B&B was limited on selection because it was Good Friday but we managed to find one open. It cost €46,80/$50 for 2 plates of spaghetti (which were not very tasty!), 2 doner meals and 4 sodas.

Amsterdam food did not fare much better, we stopped at the over hyped Sara’s Pancake house where we shelled out €42,85/$46 for pancakes and a liter of water! We left hungry too.

I’ll have some more detailed info in an upcoming post but it was more misses than hits for food in Amsterdam. We did find the grocery stores to be reasonable and grabbed some drinks and snacks there.

The dutch pancakes were not as amazing as everyone says it is, LOL! We had them to say that we did but none of us were impressed.

I’ll be posting more info about our daily itineraries soon, so check back if your headed to Netherlands! 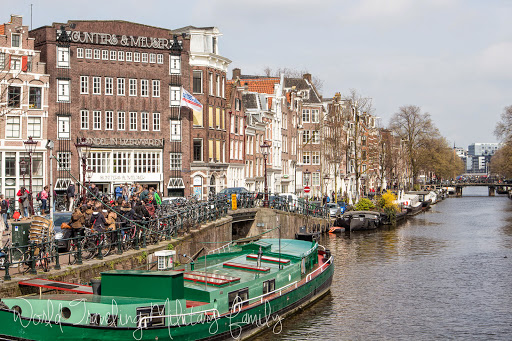 Final Price Break down for our trip, for my fellow visual readers 😉

I hope if your planning to visit the Netherlands you find this information helpful!