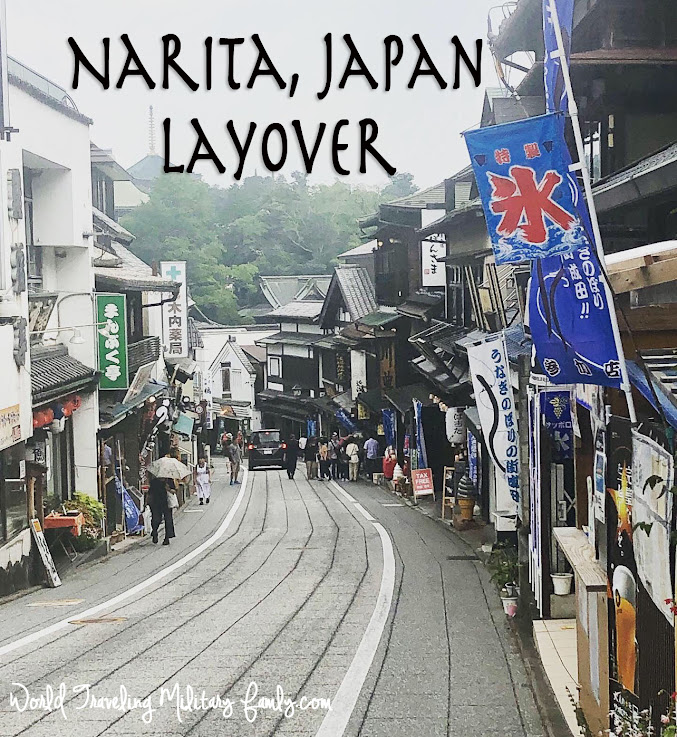 Ever have a long layover in Narita and wondered what to do? We were so excited to have a 7 hour layover recently so we could get out and explore the town of Narita! This short little adventure will allow you to soak up some culture and grab some yummy food to make the most of your layover experience. 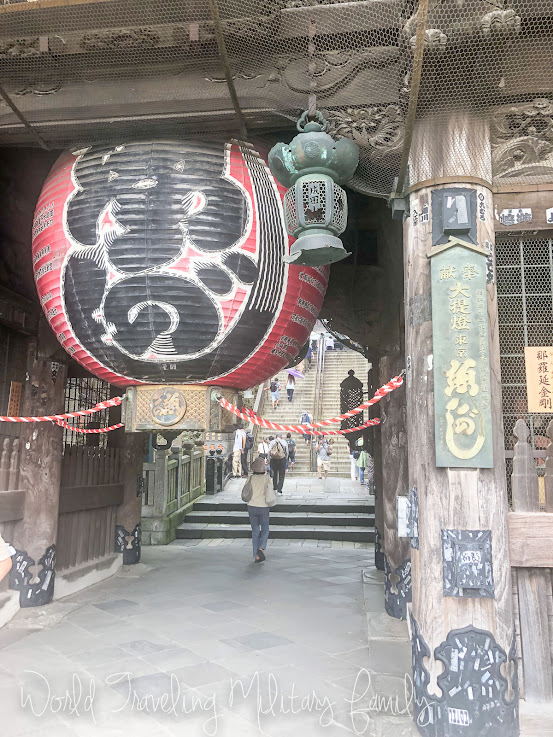 There are some guided tours that you can go on for free from the Airport, you can find out more about them here. We didn’t do this option because they were not available at the time we needed and we generally just prefer to go explore ourselves. It’s really SO easy to do it yourself!

The airport as lockers that you can rent so you don’t have to haul all your carry-on luggage with you. We left all our stuff except one backpack so we could carry water and anything we bought.

We also rented a wifi puck from the airport. I rented it using Klook and it was super cheap! It was only $4.50 for the day. It was fast and was able to support up to 10 devices so we could all use our phones/maps as needed. I’ve seen quite a few people say that you don’t need to worry about a wifi puck or SIM as there is wifi all over in Narita. However the day went, a Thursday, it was a regular closed day for many of the stores so quite a few of wifi places weren’t open. You needed a password to access the wifi for most spots. I also like to be able to use maps while we are out to see what’s near us so having a wifi puck was the best option for us and it was super affordable.

To get to Narita you need to go to the first floor of the airport where you can get on the trains and buy your train tickets. The easiest option is to go to Keisei office and buy a Round Trip ticket. This way you already have the ticket for your trip back. There are ticket machines you can use in Narita but I had read a post about someone having a hard time because they couldn’t read Japanese so we just bought RT tickets to make it easier. The staff at the airport offices all speak English. For 4 adults it was approx. $18 round trip. 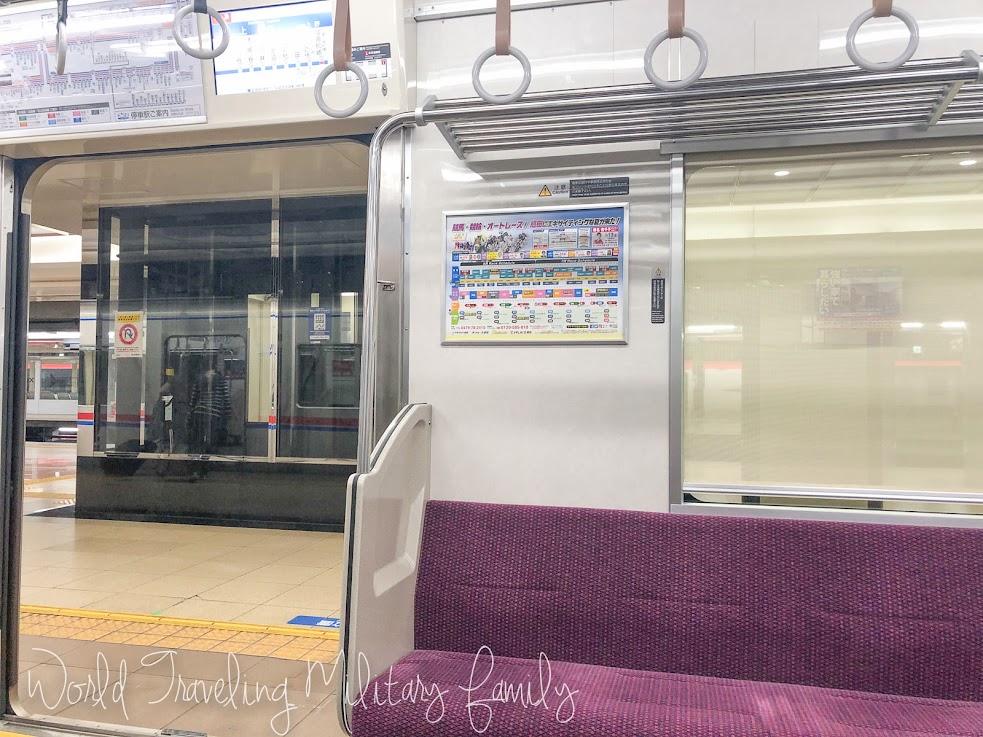 Then you get on the Keisei line and it’s just 2 stops from the airport. You get off at stop #40, which is about about 10 minute ride. Super easy! After you get off the stop and exit the station go straight down the street to the light and make a right. You want to head to Omotesando St. This is where you’ll find all kinds of shops, restaurants, and it’ll take you down to the temple area. There is also a Tourist Pavilion on this street where you can get maps and information. 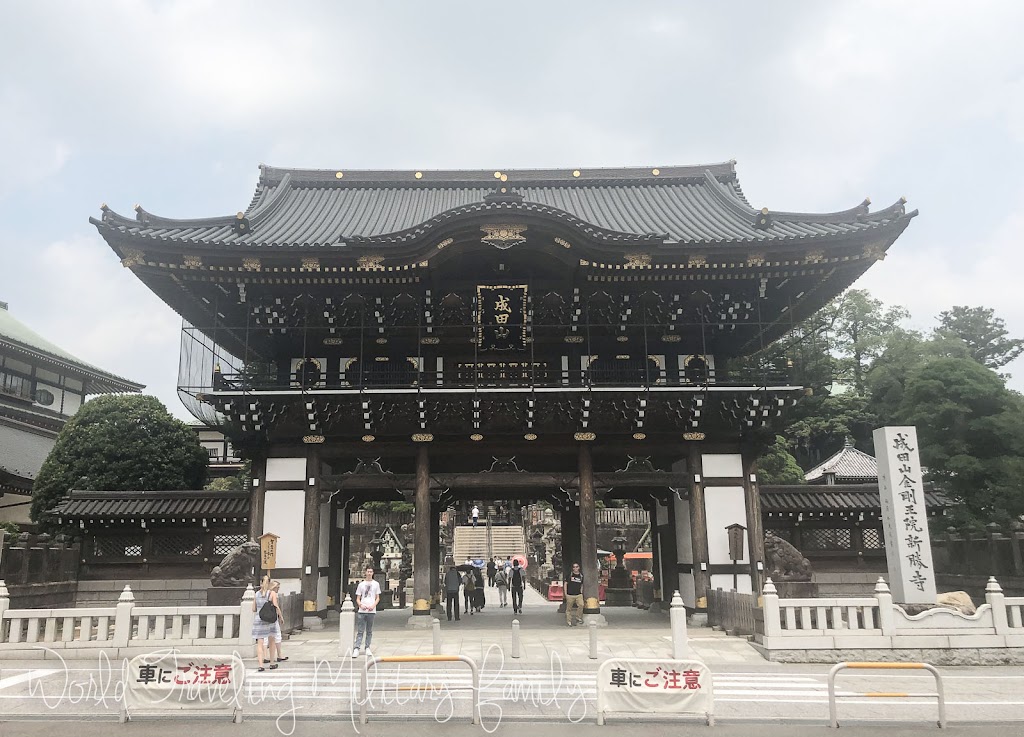 The Naritasan Shimshoji Temple is a must see while you are there. There also some vendors at the base of the temple area as well. The walk down to the temple was about 15 minutes from the train station. 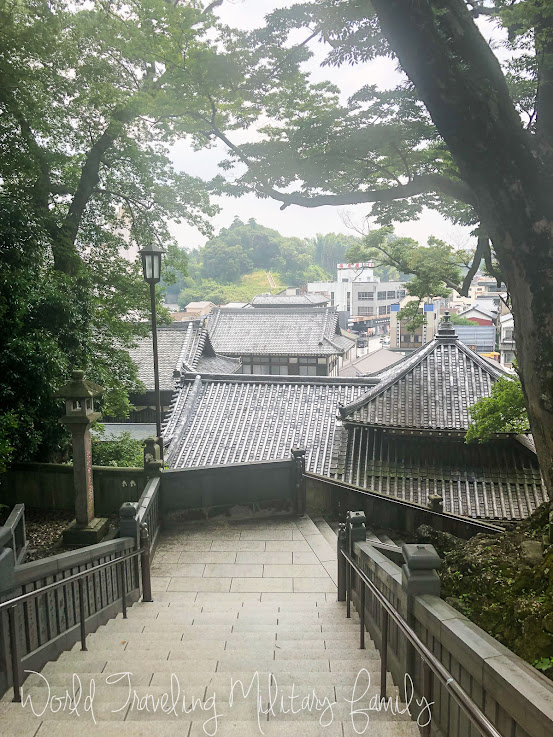 It was a bit warm the day we went, in the 80’s and it was a bit hazy out as you can see in the photos, but we still had a great experience. We had packed an extra set of clothes into our carry on’s to change into back at the airport so we didn’t have to the final long flight in sweaty clothes. 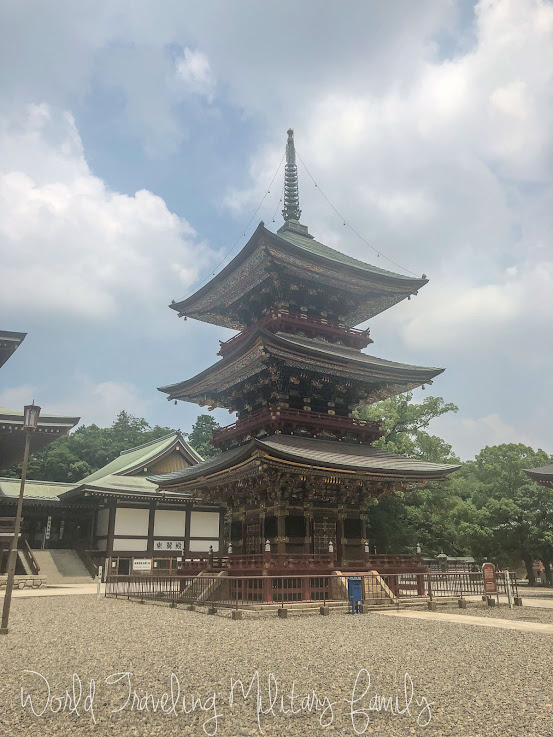 The temple area has quite a few things to explore, you could easily spend at least 30 mins to an hour walking around here. 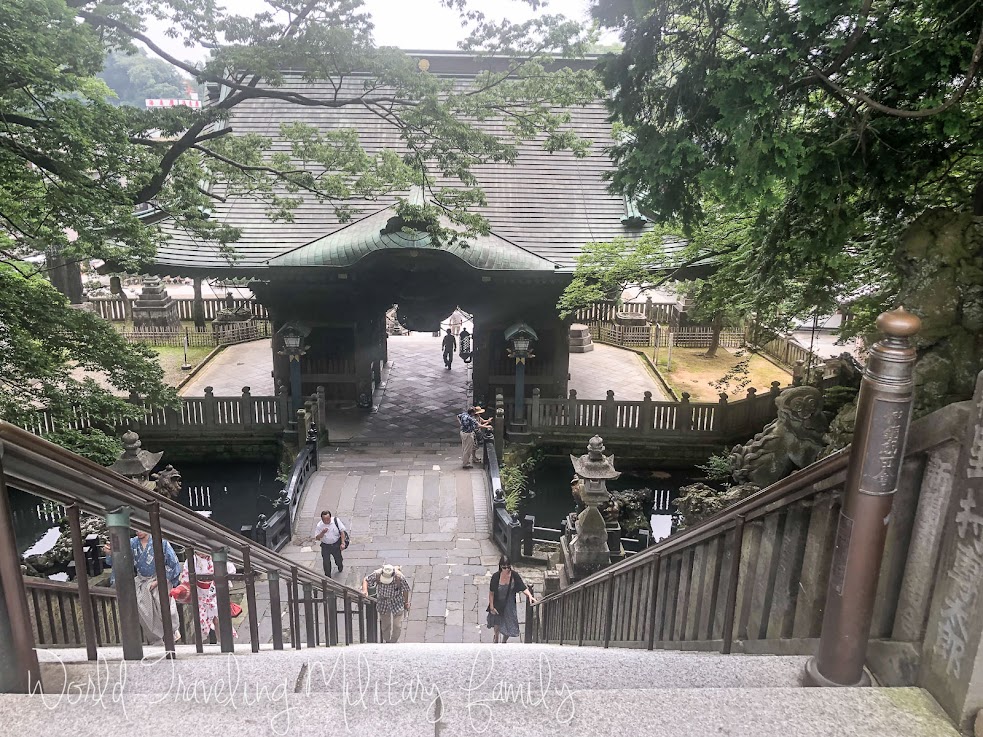 There are some stairs involved if you want to walk up to the pavilion area with the pagoda temple and the temple with the buddha. 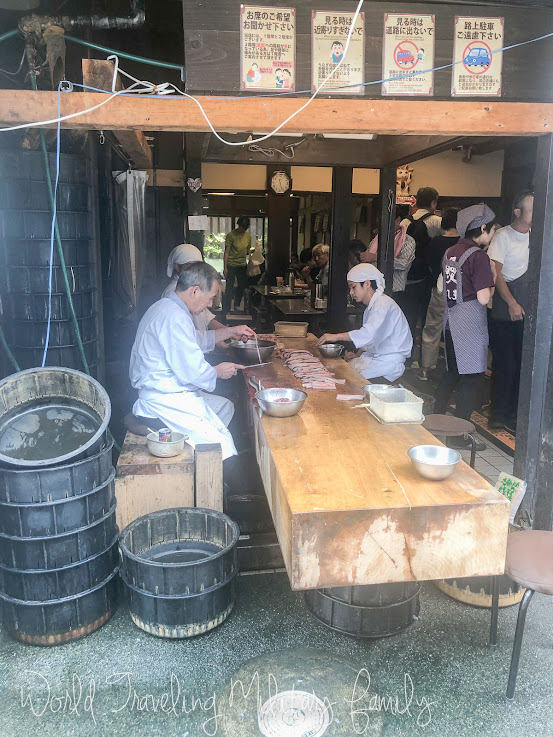 This area is also famous for it’s eel restaurants. You can watch them preparing the eels and buy some to eat if that’s your thing. We stopped to watch for a few minutes but none of us had the desire to try it. There are also quite a few ice cream shops along the way in case you’re there on a warm day like we were. 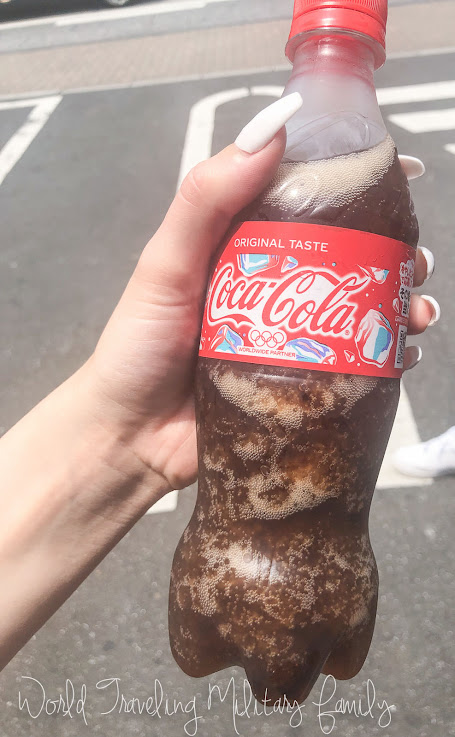 We also stopped into the 7 Eleven to grab some treats and were excited to find they had a coke machine at the front that gives out the frozen/slush cokes in a bottle! We’d first experienced this in Hong Kong so we were excited to have it again, especially since it was a bit warm out that day. We had planned to eat Japanese ramen in Narita but since it was Thursday the ramen restaurants were closed. So we just had ice cream in town. We had yummy ramen back at the airport.

Back at the train station we got on the Keisei line headed towards the airport. Again it was 2 stops and about 10 minutes. This route is quite easy, I’d say even for those who haven’t used trains much. 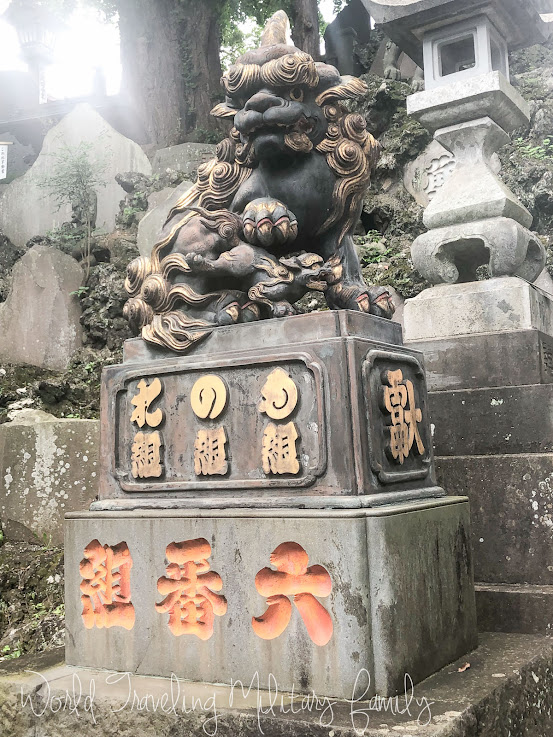 Narita city is a great way to spend a few hours during a long layover! I highly recommend taking the opportunity to get out and check it out if you get the chance!