This post is LONG overdue, we went here in June 2010 and I meant to post about it then, even saved it as a draft and really thought that I HAD posted it…sigh. I was telling a friend about the Wild Animal Safari Park the other day and said it was on my blog and then when I went to check I realized that it wasn’t! So while it is a bit late you know the saying…better late than never ;p
We had heard about the Pine Mountain Wild Animal Safari and decided to take a day trip and go check it out, plus we had free tickets from the Deplayment program so we didn’t want to let those go to waste! Pine Mountain, GA is about 2 hours from where we are.
I would HIGHLY recommend that you rent one of the Safari Vans instead of driving your own vehicle through, you get mobbed and slobbed on by all the animals, it’s quite gross! Notice the sign at the entrance (photo above) says Enter At Your Own Risk, LOL! The van rental was only $12 and well worth it, although it could’ve had AC that worked… 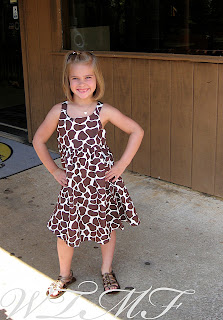 Bea all decked out for the Safari ride 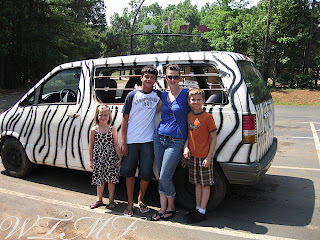 Us with our Safari Rental Van 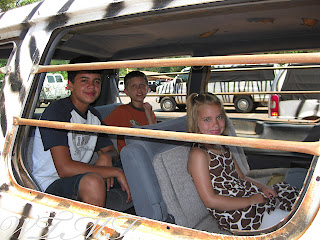 Notice the lack of windows and the abundance of saftey bars 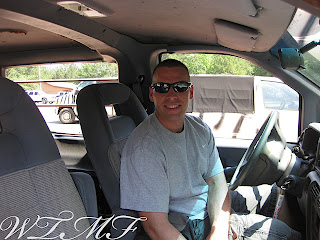 Mr. B ready to drive through the wild safari 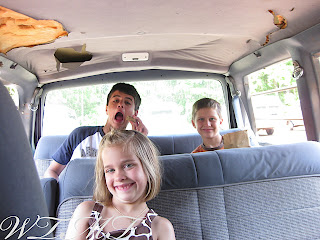 The kids all ready with their food to feed the animals 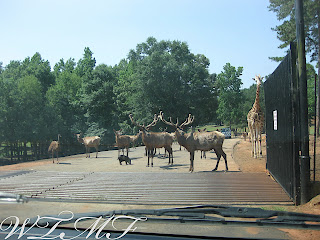 This is what it looks like as you enter the park 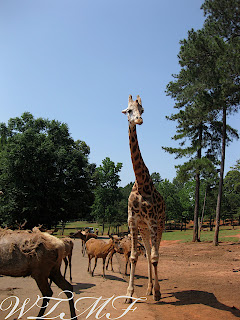 The giraffe was quick to hurry over and check for goodies 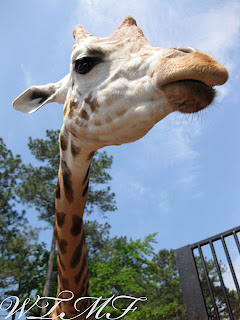 Never been this close up to a giraffe before! 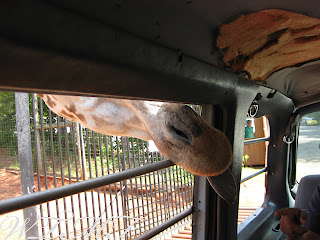 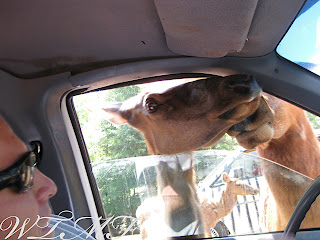 This is why you can’t leave the windows without bars down, the animals have NO respect for personal space, LOL 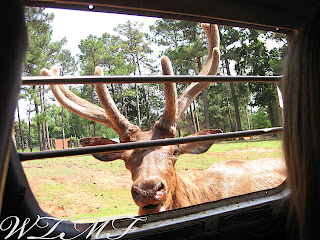 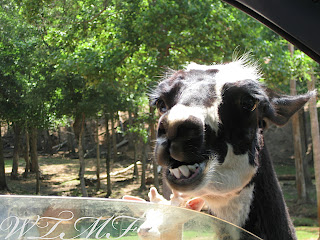 Look at this cute fellow 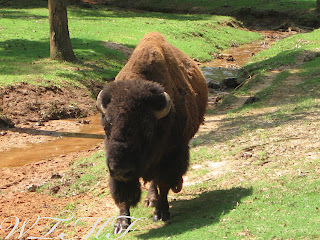 The kids were excited to see him walking our way 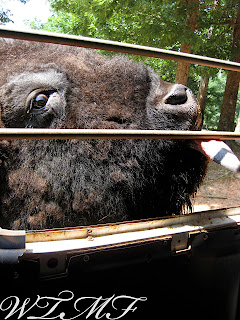 And he was ready to gobble up some treats 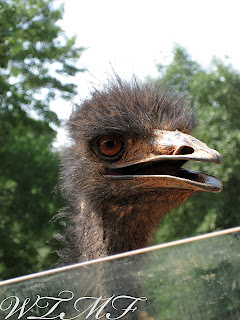 Even this guy came by to say hello 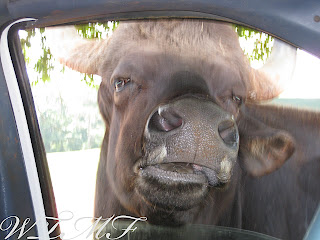 This guy proceeded to slobber all over Mr. B’s pants 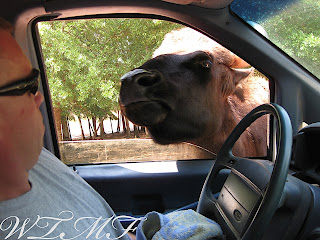 Notice the towel now on his lap to mop up the slobber?! This guy was hungry and when Mr. B did not give him a treat 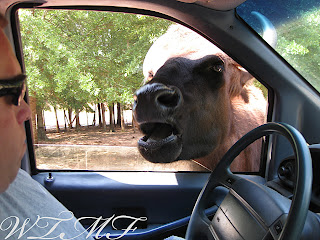 he told him just how he felt about that 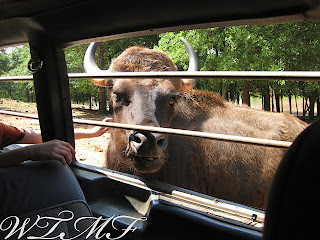 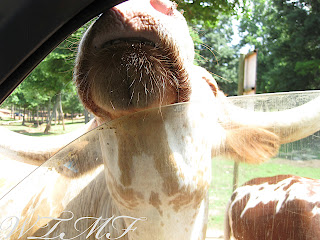 I could not/would not keep my window down, every time I tried something like this would happen…and that was just a little too close for comfort for me 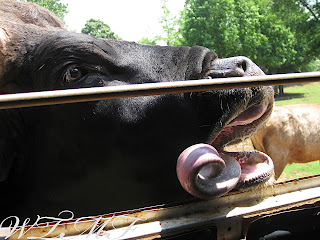 Then we headed over to the small zoo & petting area 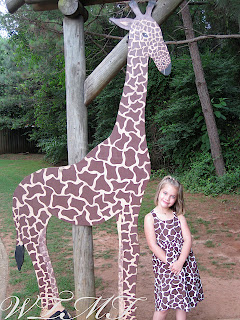 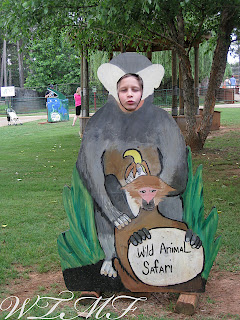 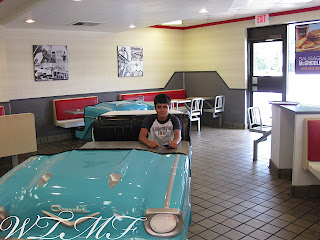 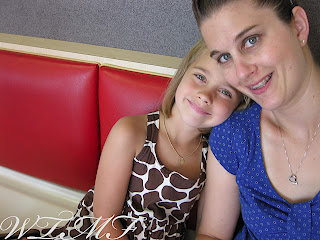 We had a great time and it was certainly a unique experience!