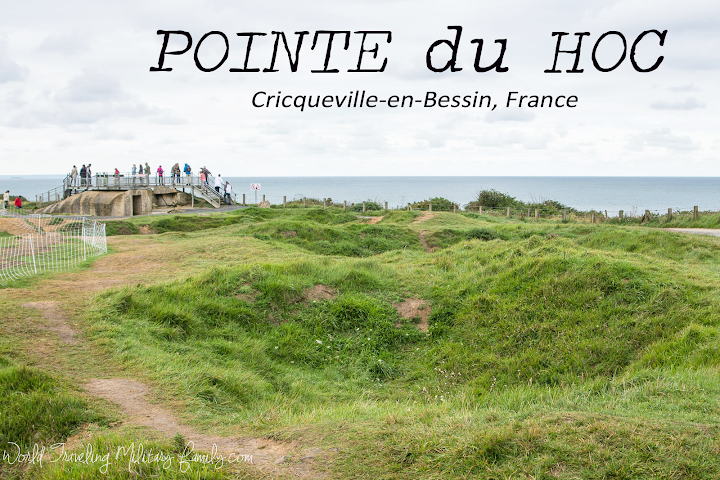 Pointe du Hoc in Circqueville-en-Bessin, France was a German bunker that was bombed heavily during WWII. Walking through the crater filled lands is a bit surreal and it makes one glad you weren’t there during the bombing. It’s most often know for it’s impossibly steep walls that were scaled by the brave US Army Rangers to over take the bunkers. 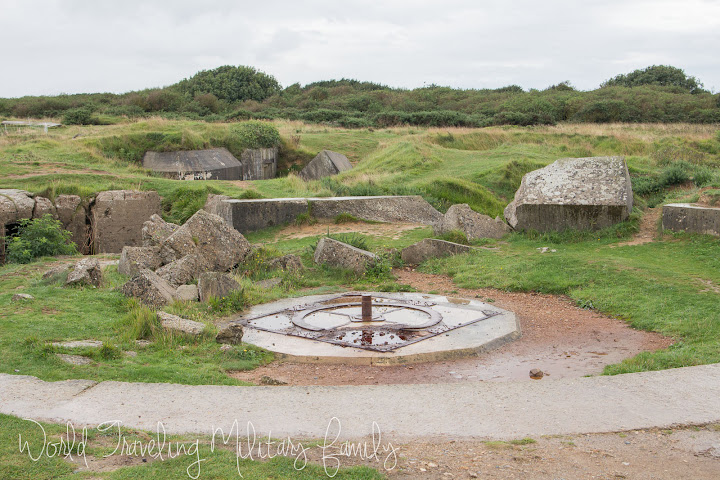 It’s free to roam the bomb scarred hillside and the remains of the bunkers but there are opening and closing hours so know the hours for when you will be visiting. 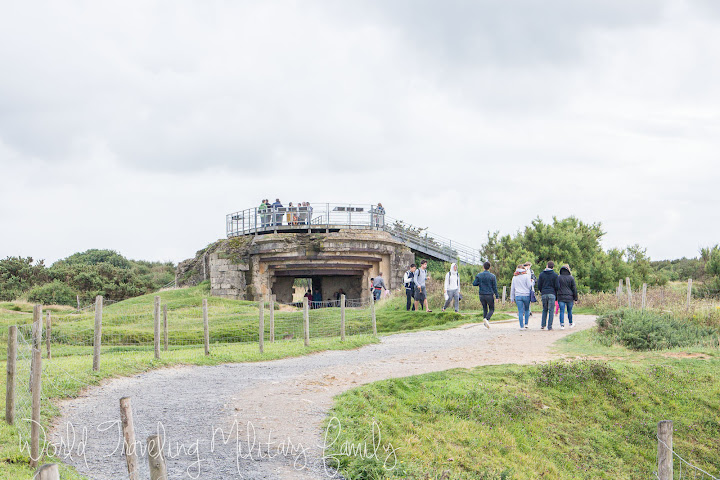 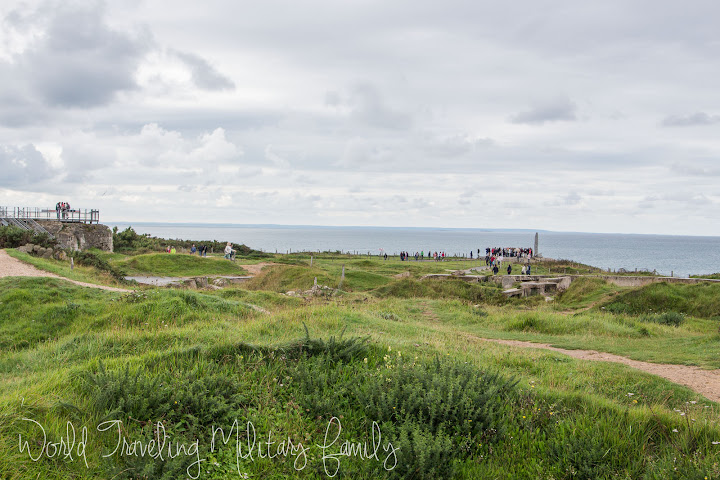 The dirt covered paths are uneven and bumpy, stairs to the viewpoint and down to some of the bunkers, so wear good walking shoes. It does take awhile to talk the path, maps are free at the Visitor’s center. 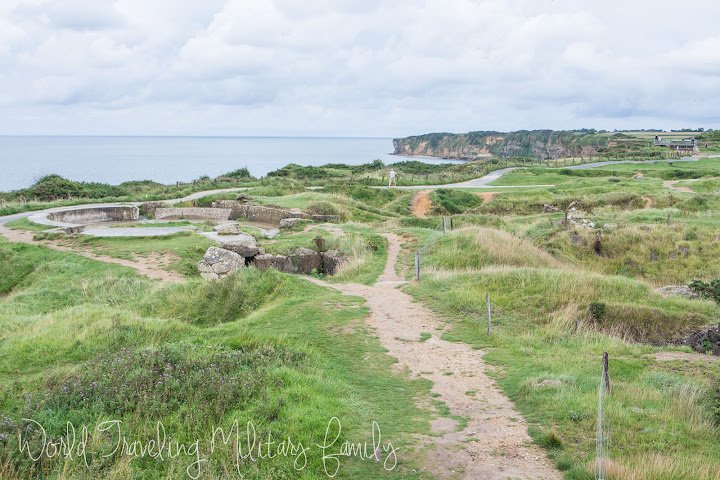 The scenic overview gives you a great view of the surrounding area and beaches. 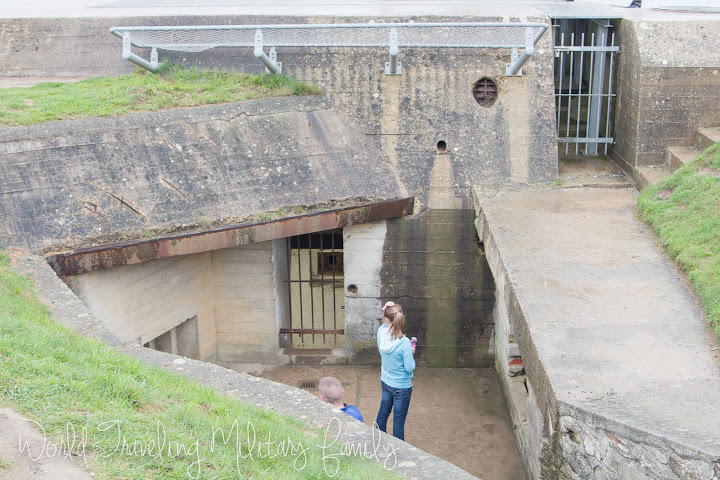 You can climb in an out of the bunkers at your own risk which gives you an idea of how they were built and camouflaged so well here. 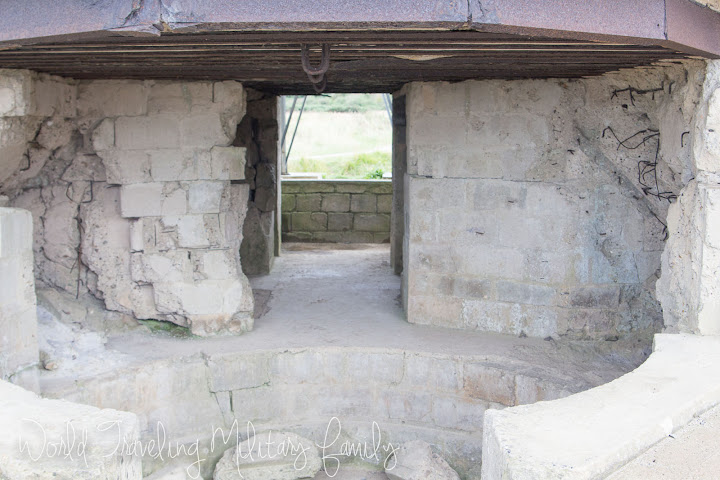 Also know that the bunkers are considered gravesite so your not allowed to picnic in the area. 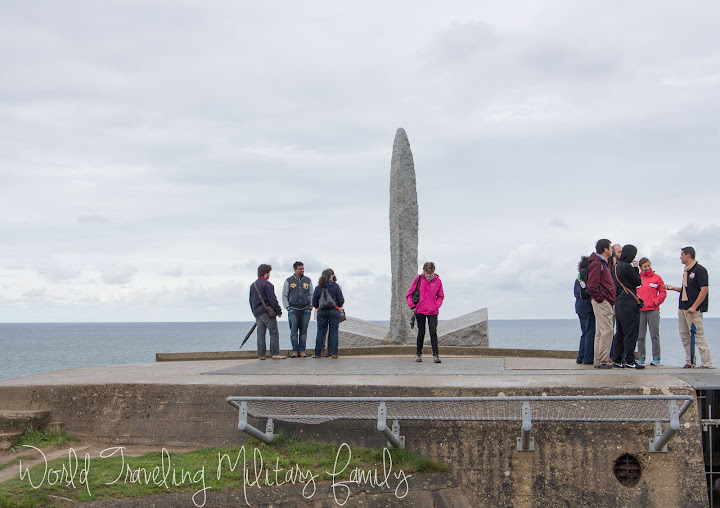 There is a memorial dedicated to the US Army Rangers who set out on an almost impossible feat, only one third of the 225 Rangers who attempted the climb survived. 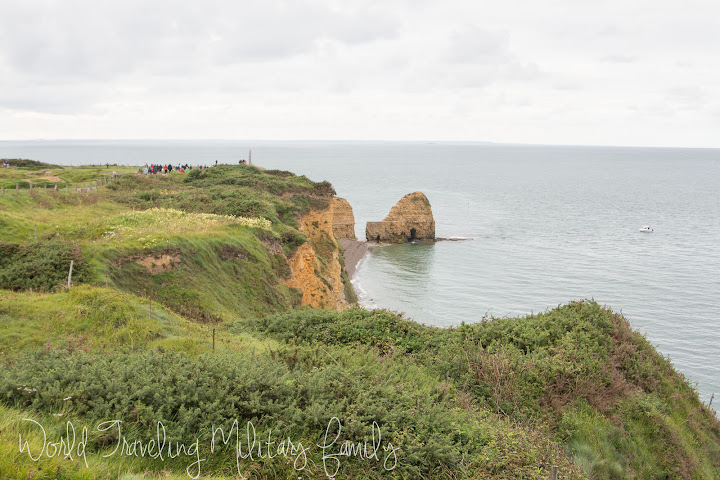 We had a good time walking through the grounds and checking out the bunkers, you can do it as fast or as slow as you’d like but even fast I’d plan on at least a good 20-30 mins, we were there for around an hour. This was our final stop for our first day checking out the WWII sites and then we headed back to the B&B which was only about 15 mins away from our last stop.

How To Get There: It’s about 6 hours 55 mins from Spangdahlem, and 7 hours from Ramstein. GPS addy: Pointe du Hoc Ranger Monument, 14450 Cricqueville-en-Bessin, France. It’s only a 15 min drive from the WWII Normandy American Cemetery & Memorial.

Parking: There is a large parking lot by the Visitor’s center, parking is free.

Cost: Free to walk around the battle scarred bunkers.

Traveling with little kids: The walk is not really stroller the paths are uneven, there are some stairs. I seen several families struggling with trying to use a stroller and one just took the kid out and carried the kid and stroller through. Plan on baby wearing for less headaches.

How long: Plan on at least 1 hour, more if you want to linger longer. Not the bathrooms close when the visitor’s center close so if you plan on using before you leave you need to get back before it’s all closed up.