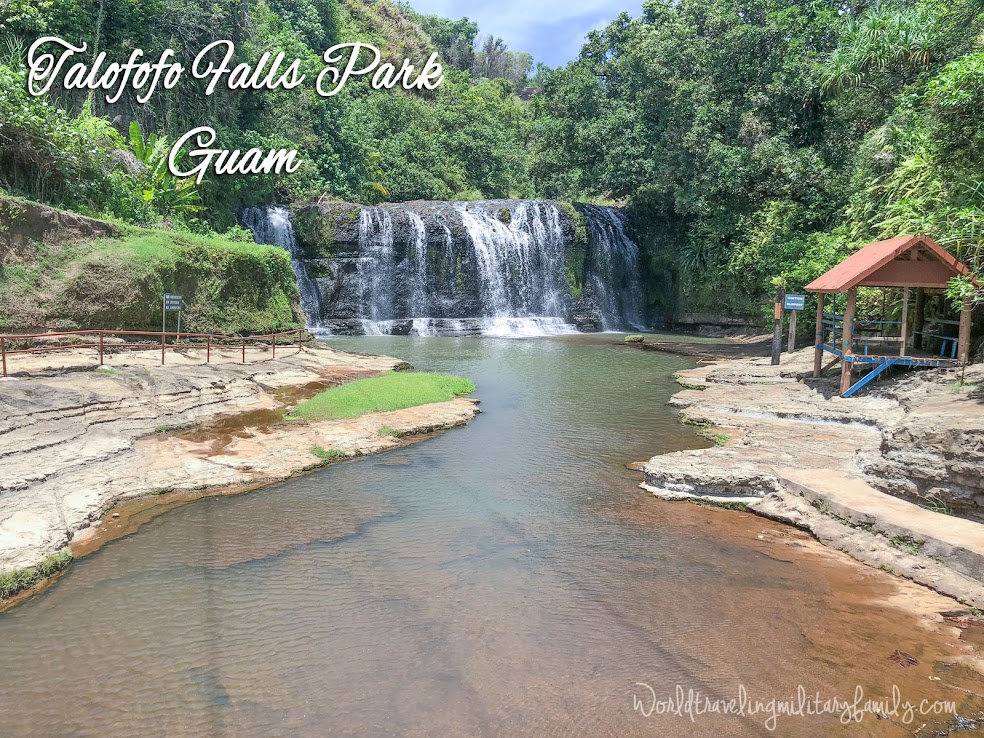 Talofofo Falls park is an interesting experience, and is a fun way to spend a few hours. It includes seeing the waterfall, riding the cable cars, museum, gift shop, lookout tower, Loveland, haunted house, & some animals. It also includes seeing the cave of where the Japanese solider lived for 28 years – although I’ve been told this is not the true cave, which is further away. There are also some bumper cars & few small rides but I didn’t see them running while we were there.

I’ve seen mixed reviews on this so I wanted to go check it out for myself. I think it really depends on what you want from the experience. We were going to as a ‘date day’ and something to check out here in Guam so we didn’t have high expectations. For us it was a fun experience and we got so see & do some new things. 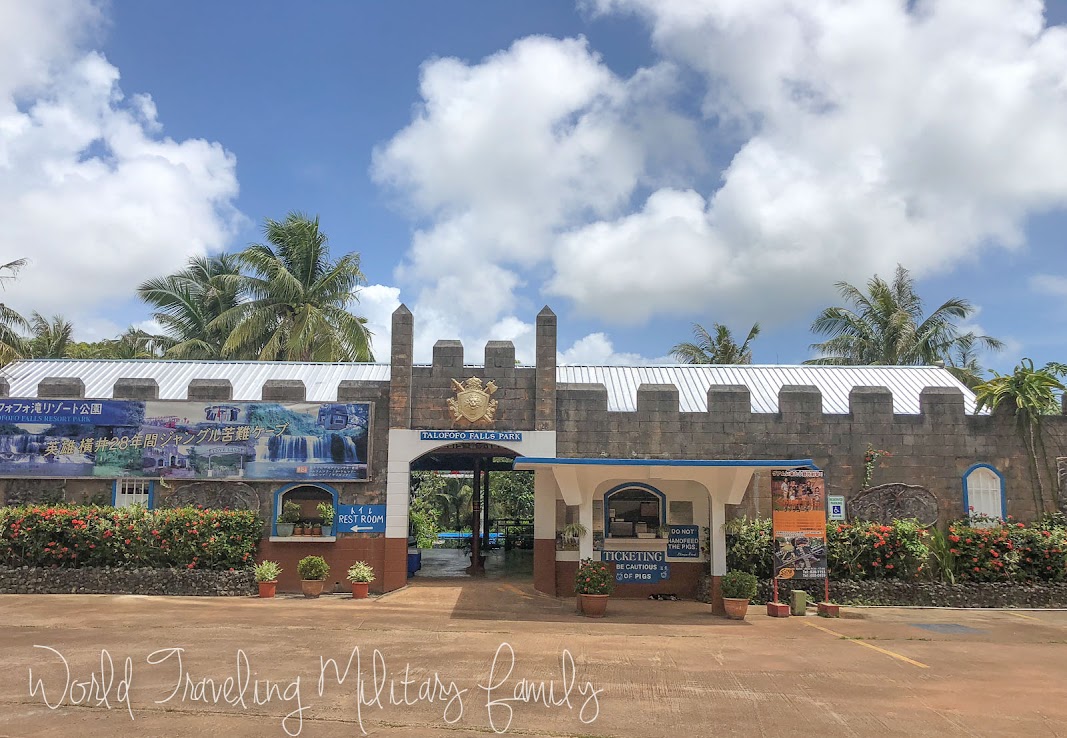 The military rate is $12 per adult. If you want to buy food for the animals it’s $2. I’d highly recommend taking bug spray! The mosquitoes were bad out by the falls & cave area. Also water if you plan to be there awhile as it got a bit toasty out. They do have some drinks & snacks at a small shop when you first enter. So for hubby and I it was $26 for admission & food. Was it ‘worth’ $26, that really just depends on you. I’m glad we went and checked it out and we had fun so that was a win for us. 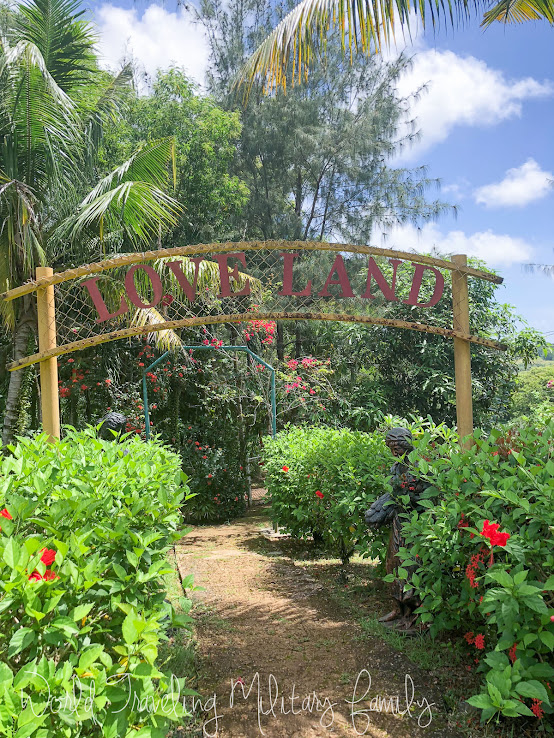 Upon entering the park you get a map to follow that will take you around the park. The first stop was Loveland…and boy is that something else, LOL! The signs say for 19 years and older, so let’s just say there are some statues of some stuff you wouldn’t want to be checking out with your grandma, ha ha!! There were a few interactive displays that cracked us up. Not sure who thought of Loveland…or why, but it did make us laugh! 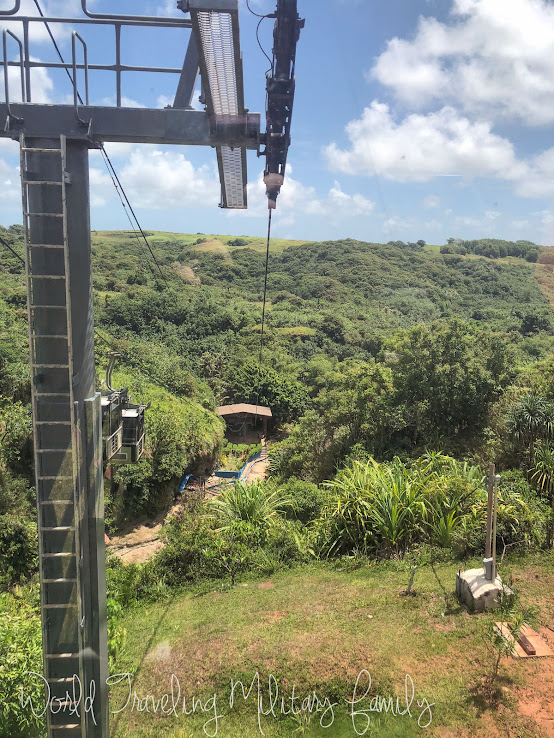 Next we headed to the cable cars to ride out to the falls. This is really the highlight of the park. It’s a few min ride to the falls stop and has some amazing views. 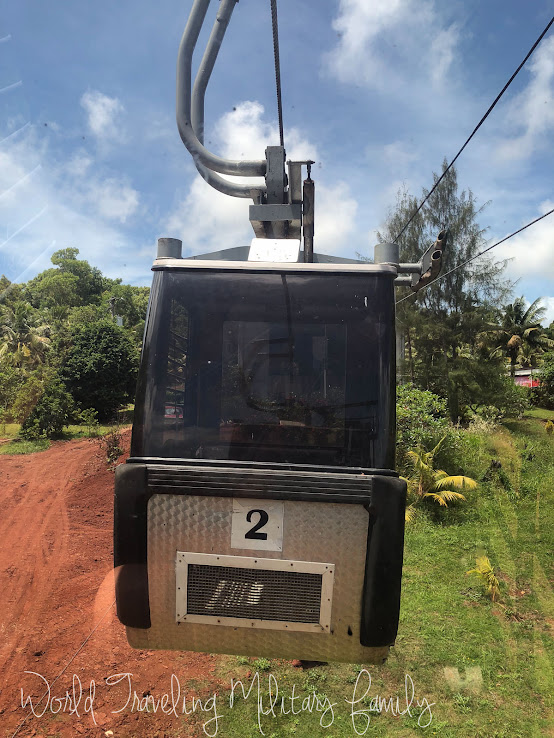 It’s really what I was looking most forward to with the visit. Even Mr. B who isn’t a fan of heights was able to tolerate the cable car ride. It was not nearly as high as the awesome cable cars we rode in Hong Kong though. 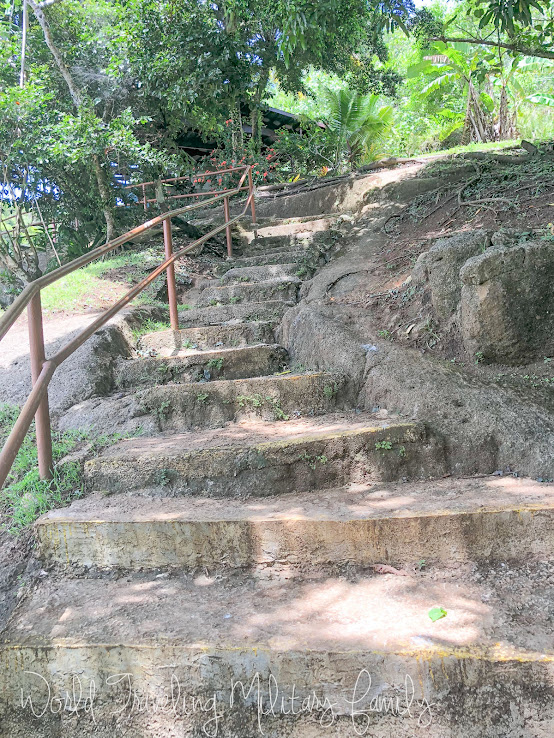 At the Talofofo falls stop you start walking the path with steps & bridges to the bottom of the falls. 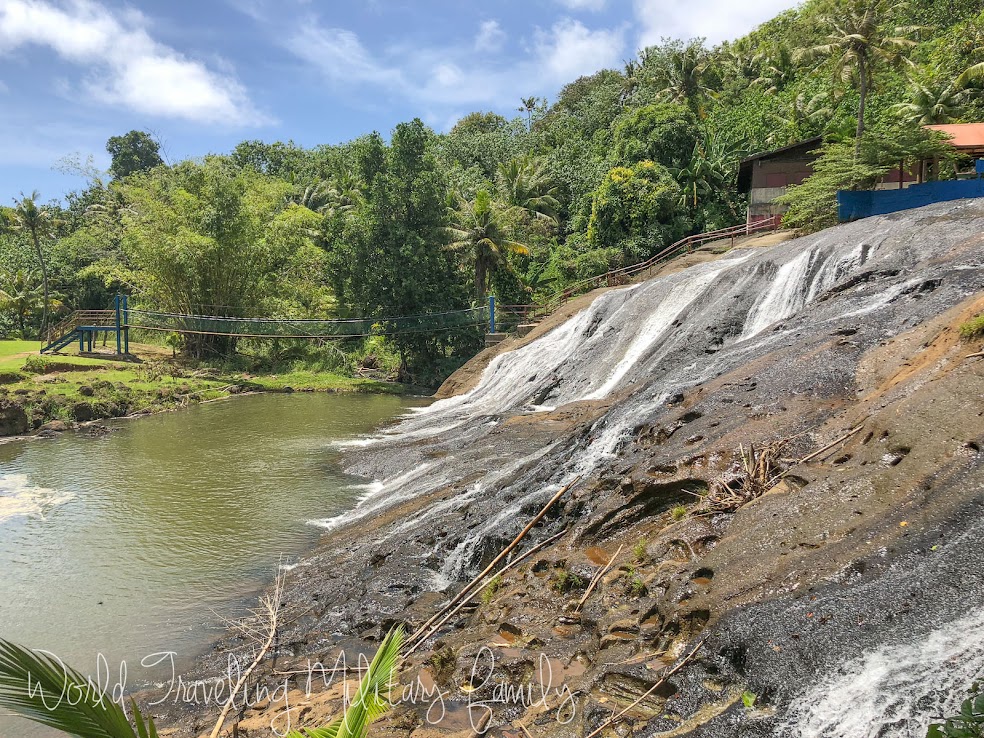 This takes you across to the other side and offers some great photo opportunities of the falls from several different locations. 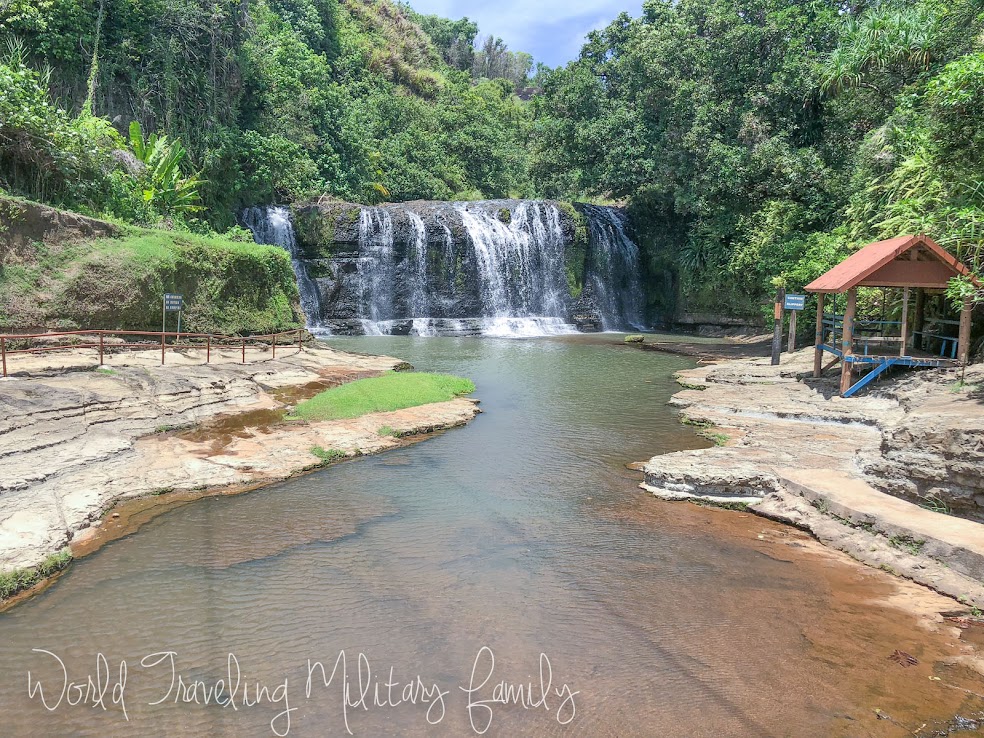 Great views from the bottom of the falls area. Closer up views are provided on the walk back across to the cable cars as well. 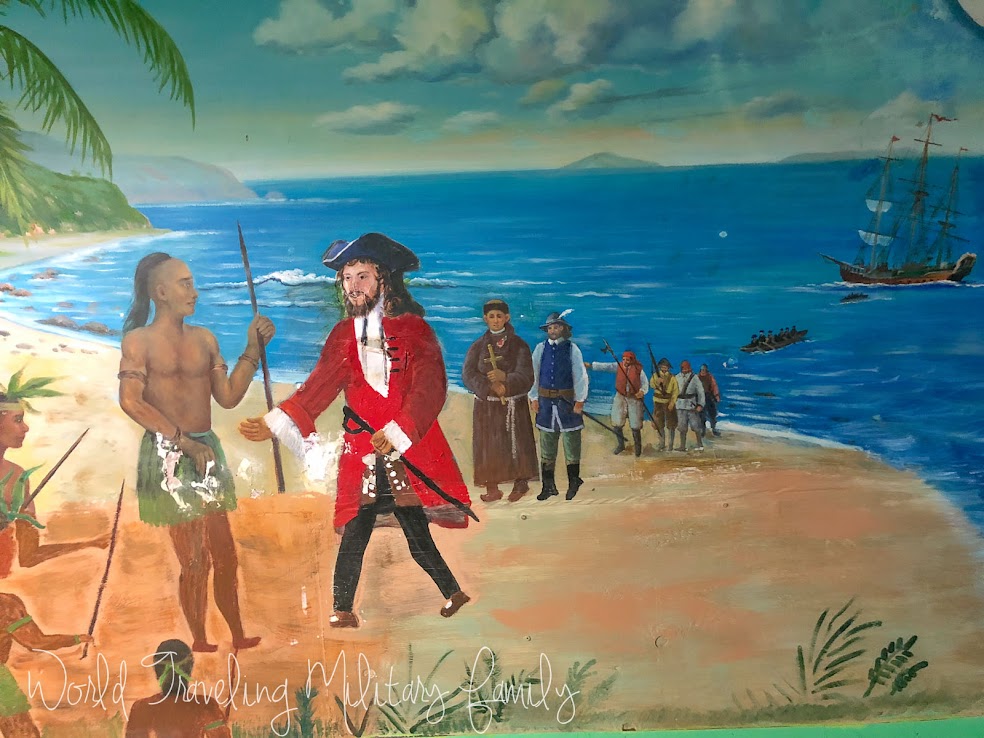 Once on the other side you’ll find a nice and cool gift shop to explore. They sold touristy gift items and a few snacks. Next to that is the small museum. The museum did have some AC so that was a plus. It was small with only a few displays but the walls were painted with some nice murals as well. There were descriptions posted to read about the history of Guam. 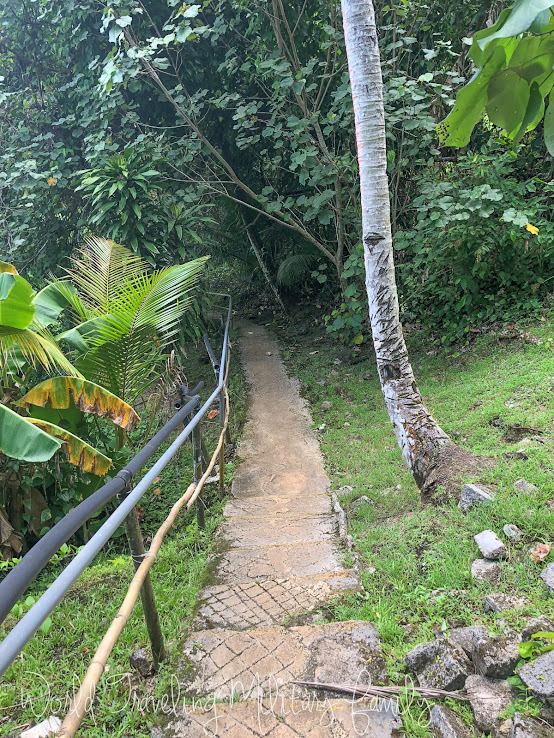 Off we headed down the path to the cave area. Mr. B got bit by a few mosquitoes here too. It was only few min walk and some of it was in the shade so it wasn’t too hot. 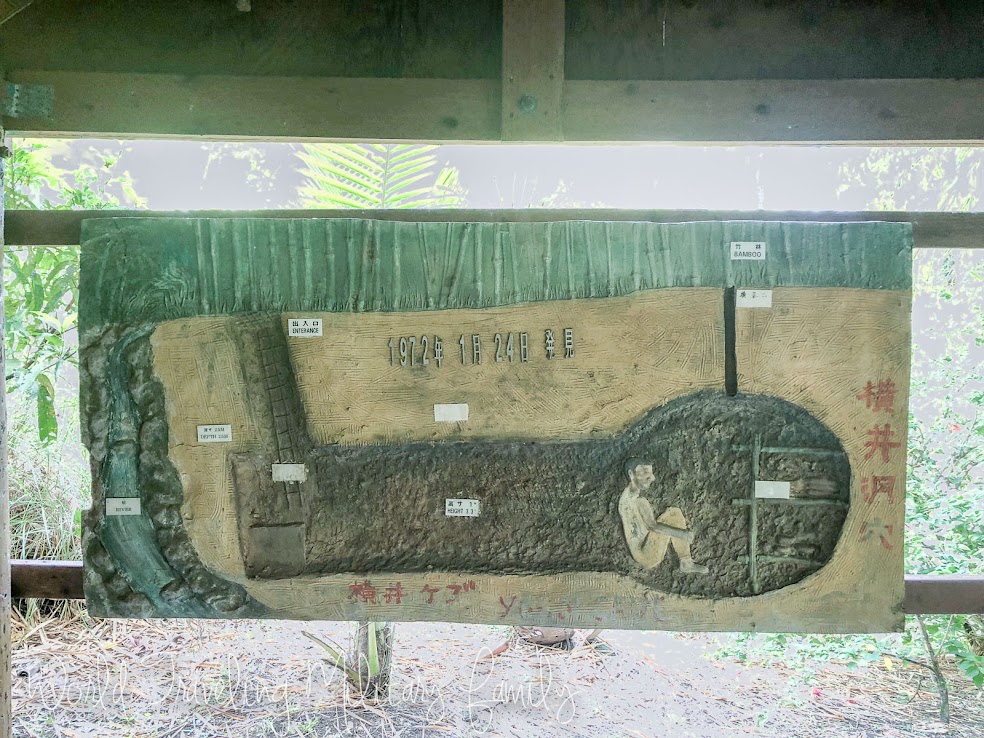 At the cave area you’ll see a display of what the cave looks like underground as well as get to peek down into the hole which is supposed to be Yokoi’s cave and where he lived for 28 years. It even made the Atlas Obscura site! You can read more about it there. From what I’ve found online this is a replica of the actual cave that was a few miles away and destroyed by a typhoon. Either way it was interesting to see how Yokoi lived for such a long period of time. 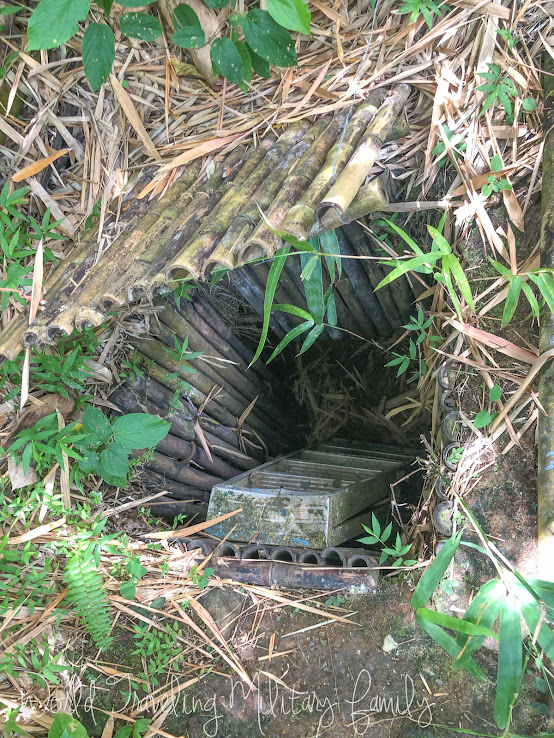 A view down in to what the cave area ‘looked’ like. Although I’m pretty sure there wasn’t a metal ladder 😉 Again this is a replica from the research that I found. 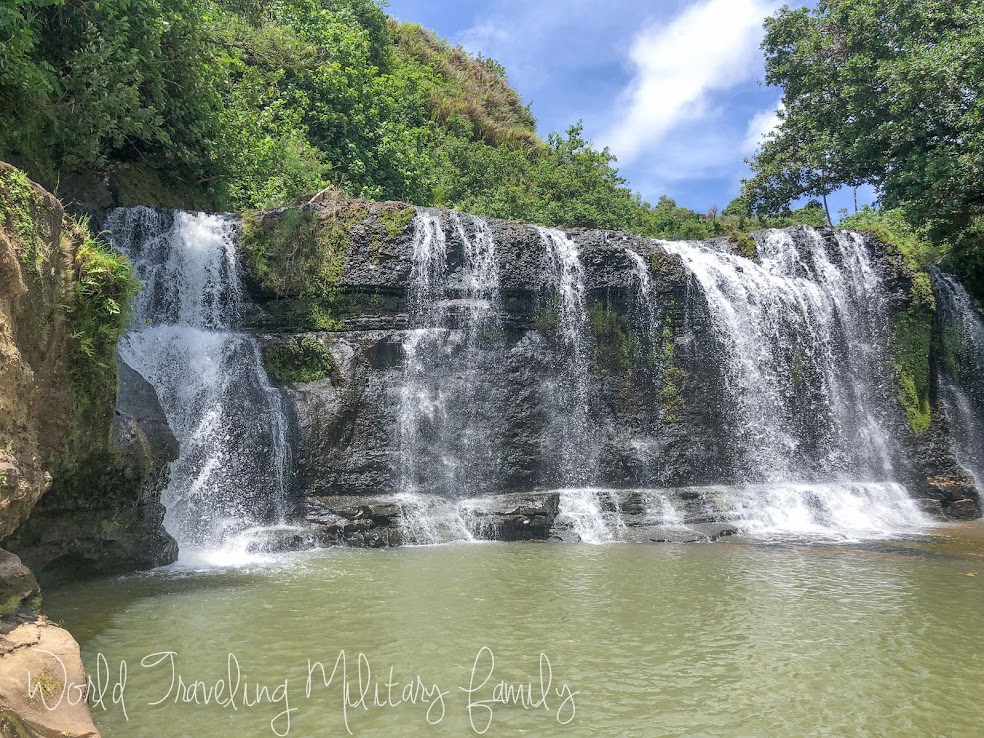 We took the path back to the museum/gift shop and then followed the upper path around the waterfalls. This path gets you closer to the upper portion of the falls and the bridge provides a good photo location as well. 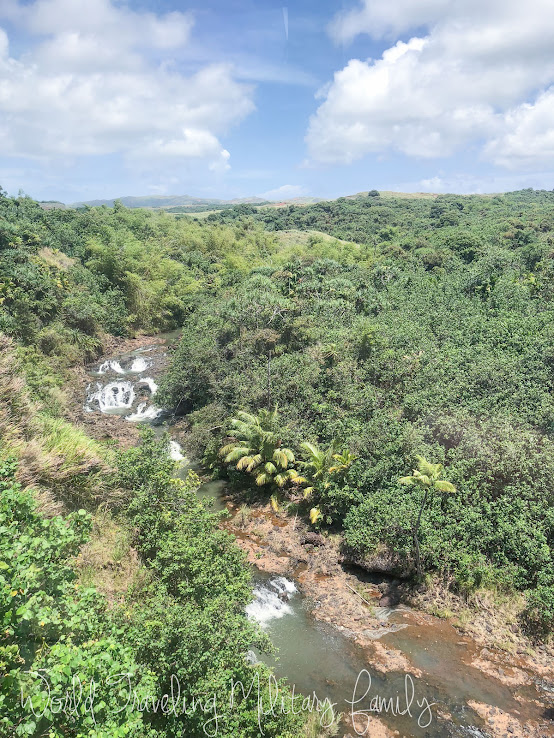 We decided to skip the haunted house…that’s just not my thing. 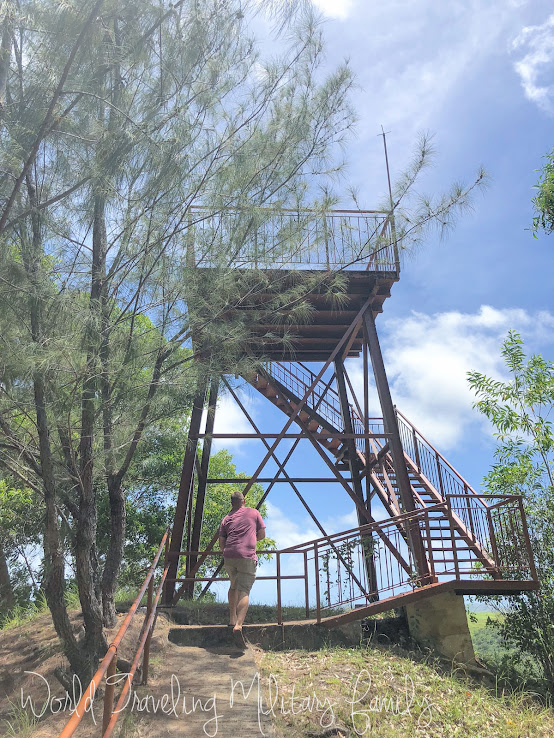 It was a short uphill walk to the lookout tower that was next on the list. The lookout tower was a bit of a climb since it was starting to get a bit hot out but overall not too base. 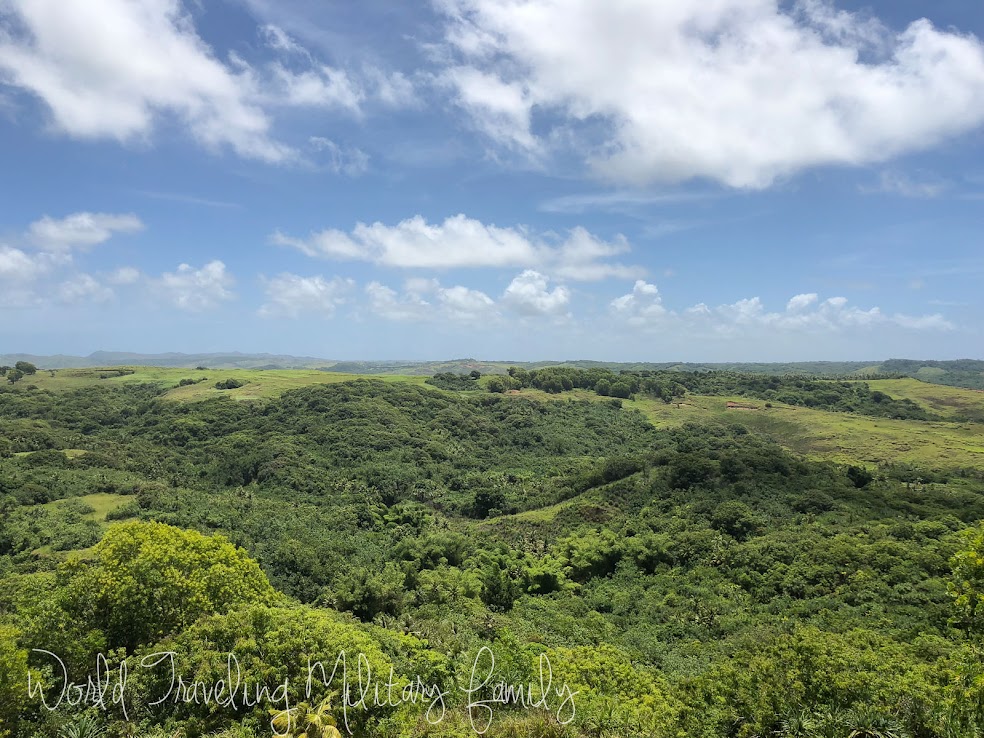 Also the breeze at the top was fantastic. Some great views of the ocean area to the right. We did the whole park minus the haunted house and rides in about an hour. 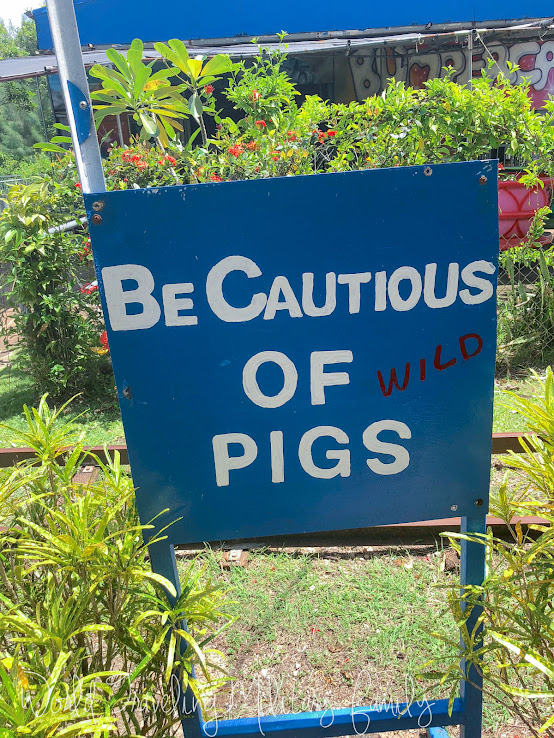 Also note there is a firing range on the site as well so that was a bit loud as well walked to the lookout tower. I thought it was was a bit odd, but that could just be me. We also noticed signs about wild pigs all over but didn’t see one wild pig roaming around while we were there. 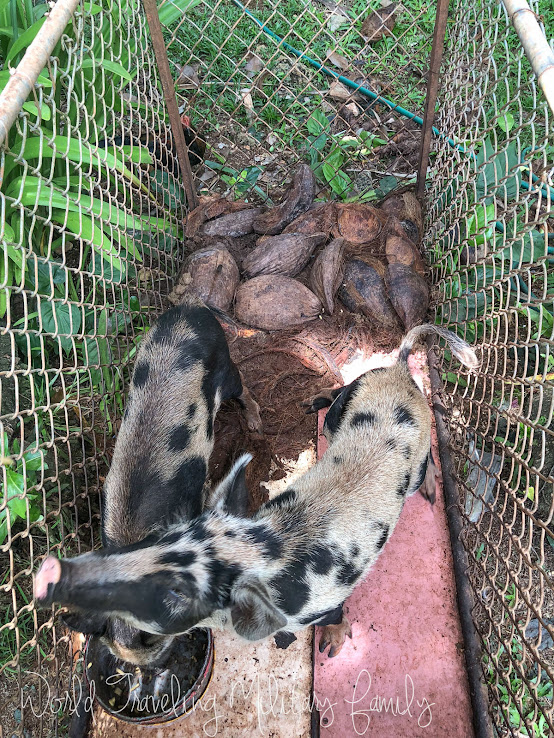 The only animals we seen were penned up near the entrance. They did look a bit sad and hot so we fed them and then headed out.

There are a few small rides like bumper cars, etc. But we did not see them running or anyone using them while we were there.

Overall we had a fun time checking out the park and the falls. I’d say it’s worth it at least once to check it out. I’d love to hear about it if you do!

Have you visited Talofofo Falls? How was your experience?