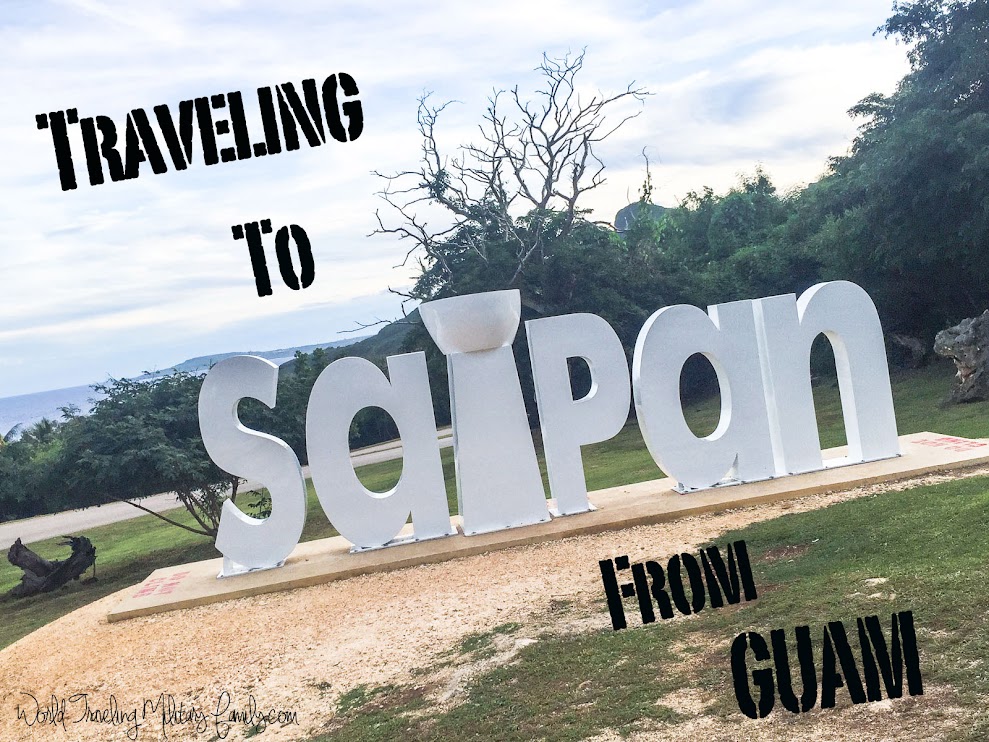 Traveling to Saipan from Guam is so easy! It’s only a 40 minute flight away and there quite a bit of stuff to do there. If you are a diver, it offers some great diving spots! I’ll share about traveling to Saipan, getting around, where to stay, and what to do, and of course costs!

Saipan is an island that is just North of Guam and is part of the North Mariana Islands and is a US Territory. It’s a bit smaller than Guam and we found that there were both perks and disadvantages to that, more on that later in the post.

We flew on United to Saipan from Guam. It was $260 round trip per person plus taxes, we had some United vouchers to use so we didn’t pay anything for the flight. The flight total was $868.47 for 3 people with taxes. I’ve seen flights for as little as $200 per person but we were needing a specific date & time so we paid a bit more. 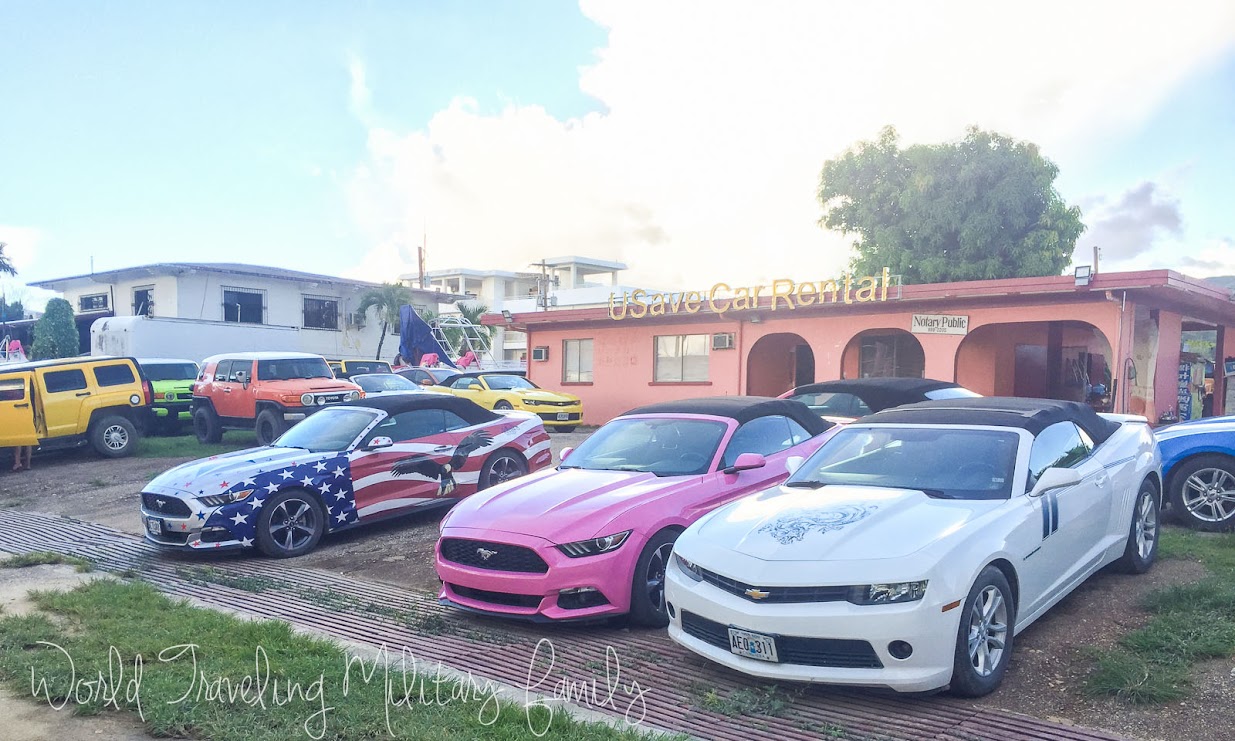 Rental cars are easy to get on Saipan, I used the USAA discount code and was able to get us a rental for $136.88 for 4 days. It only cost us $21 to fill it up before returning it to the airport. That was the only gas we had to put in it the whole time we were there, and we drove all over the island and then some! The Japanese love to drive around Mustangs, especially hot pink, LOL! 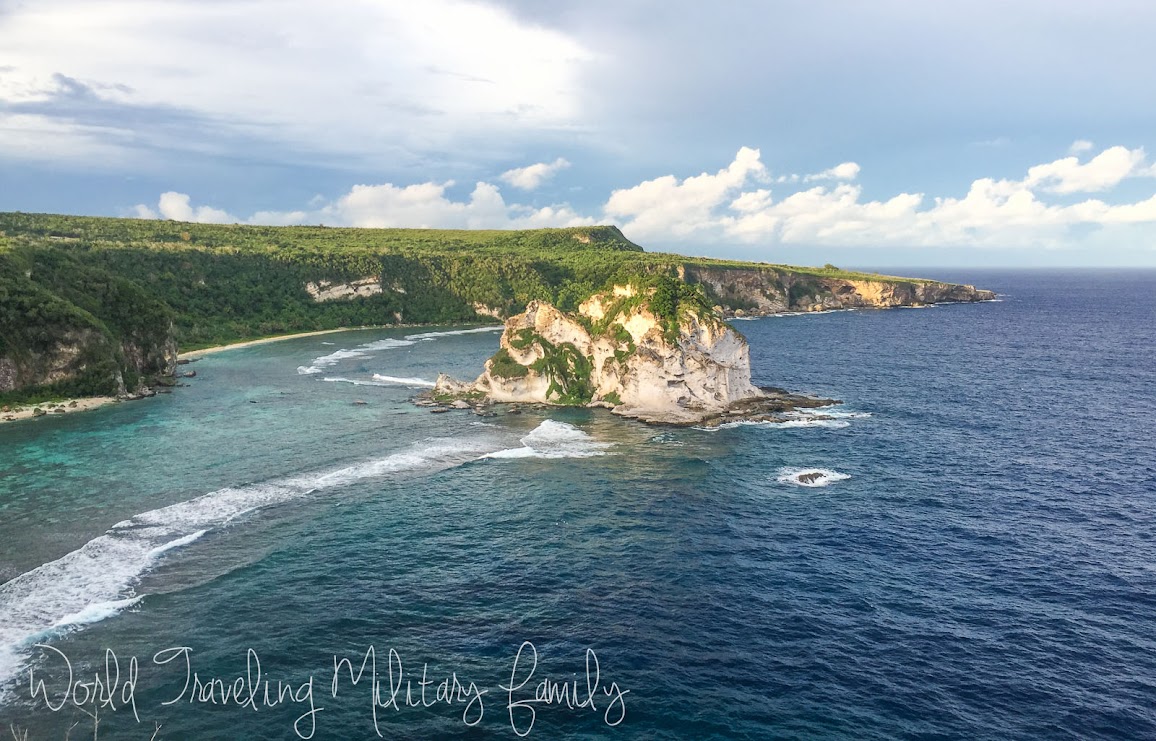 One of the great things about getting a rental car in Saipan is that because it is smaller this is so much LESS traffic than Guam! You can easily drive from one end of the island to the other in 30 mins! The roads are also in much better condition than here in Guam as well.

Finding a place to stay can be tricky! Since the island is smaller there are limited options and they book up fast. By the time I got the OK that we could go from Mr. B there were not many left. I did my research and chose the ‘best’ of what was left based on reviews/ratings, etc. However when we arrived we realized that things were not what they seemed. We ended up in a ‘condo of horrors’ which was really an apartment that looked like they have kicked the residents out before we arrived. I used Booking.com which is my go to site and thankfully they did some to our aid in fighting with the owner for our money back. It was so bad we had to leave which left the problem of not many hotels rooms left, or rooms at the Fiesta or Hilton that were $2400 for 3 nights. I just can’t pay that much, that’s crazy! We found a Korean style hotel that gave us a military rate of $300 for the 3 nights. While it was still on the lower end (2-3 stars possibly) the customer service and friendliness made up for the rest. Do NOT stay at Asia Garden, they are on Booking, Airbnb, and a few other sites! The reviews have got to be fake because it was bad. And the owner would NOT refund our money and we had to fight him via booking.com to get it back and still ate the first night cost. So if you go to Saipan book early and try to stay in a hotel. I’d say stay away from airbnb type of rentals here if at all possible.

One of the other amazing things about Saipan is that there is free wi-fi everywhere! And I mean everywhere! Literally every restaurant we went to, even hole in the wall ones had free wifi. Even up on the highest peak they have a generator powered cell phone tower, it was insane. Guam is so behind when it comes to this as well! 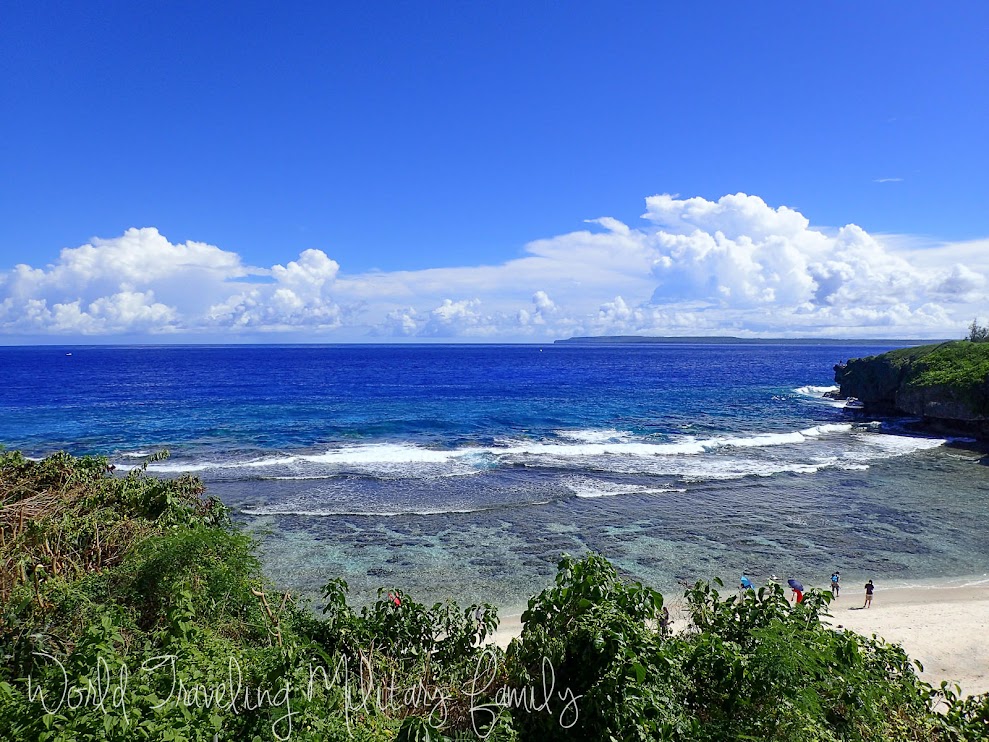 I was surprised to find that although Saipan is an island there are not a whole lot of ‘beaches’ to hang out on. Most of them are rocky and not sandy type beaches. They tide also comes in to the sea walls in some areas. We did find an amazing beach, Ladder Beach, where we found a TON of sea glass! I’ll have an upcoming post about it. 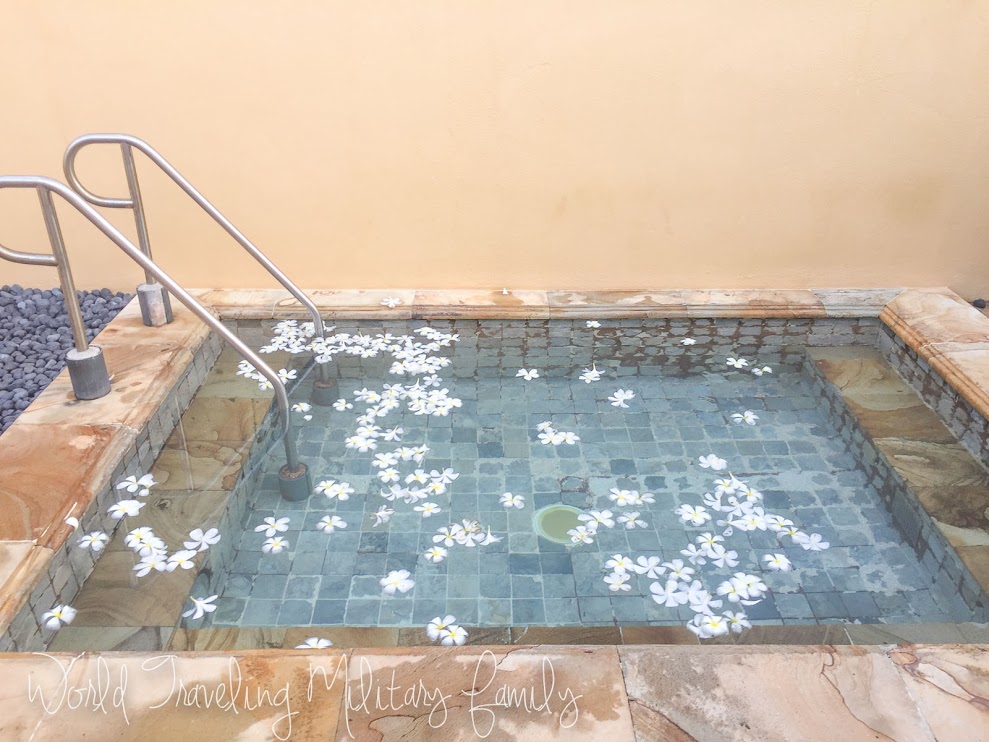 There are many things to see and do in Saipan! And there are quite a few ‘off the beaten path’ sites in Saipan as well, I’ll do a separate post about those hidden gems! The abandoned lighthouse was my favorite. 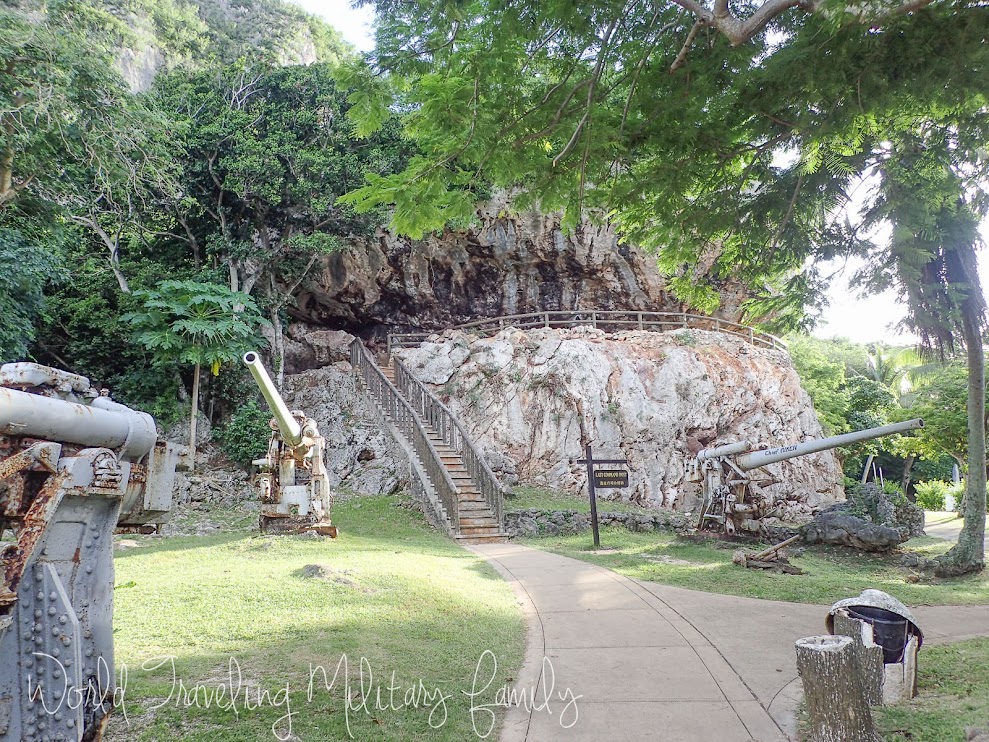 There is a lot of military history here for those who are interested in that. We did most of the military/historic sites during our time on Saipan. I’ll include more info about them in the post with our itinerary as there are quite a few. There are even submerged tanks that you can see in the water and even swim out to. 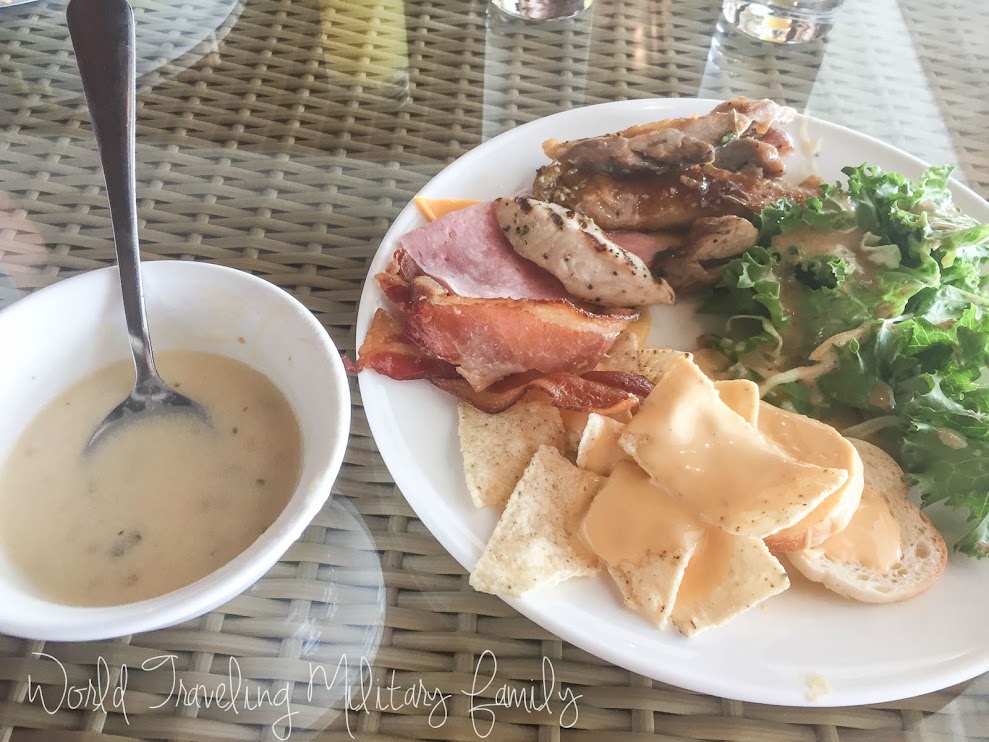 You can find food of all kinds on Saipan! We had a great time checking out the food! Our favorites were Wild Bill’s Bar & Grill which has some delicious breakfast! We ate there several times. Everest Kitchen and their Nepal cuisine for the lunch buffet is not to be missed! Their lunch buffet is not to be missed.  Cha Saipan was great for some take home desserts and coffee & wifi our last day while we were waiting to go to the airport. 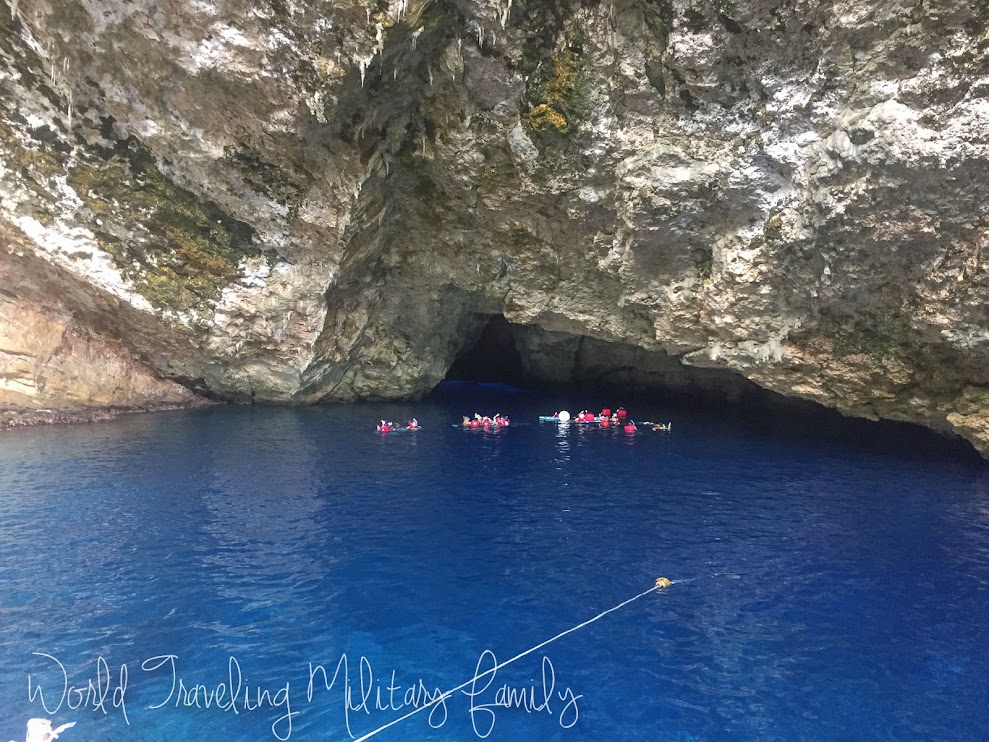 We had a blast with two different tour companies! RZR Jungle Adventure with Let’s Go Saipan was so much fun and we were covered head to toe in mud! More about this in an upcoming post! We also did a full day experience with Marianas Trekking which included hiking, snorkeling in the grotto, buffet lunch, spa, & more! There will also be a post about this as well, don’t miss it! 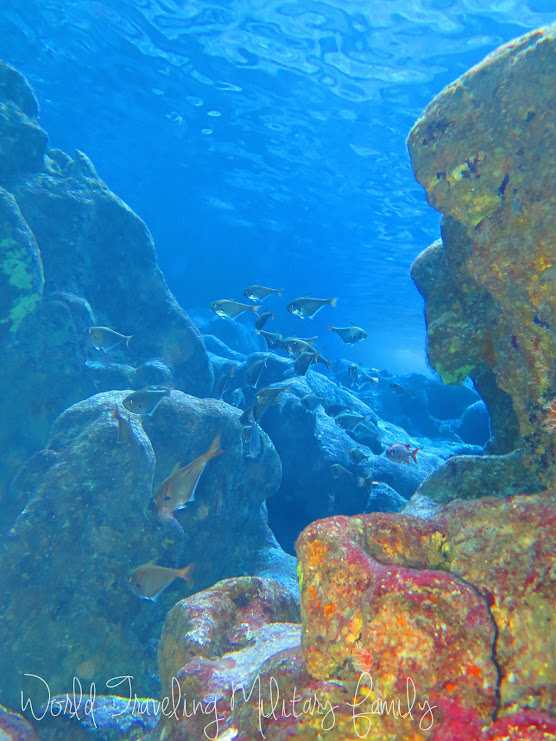 If you scuba dive there are some awesome sites here too! Although we are dive certified we had our daughter with us who is not so we didn’t dive this time. I would be willing to go back and dive in Saipan though! 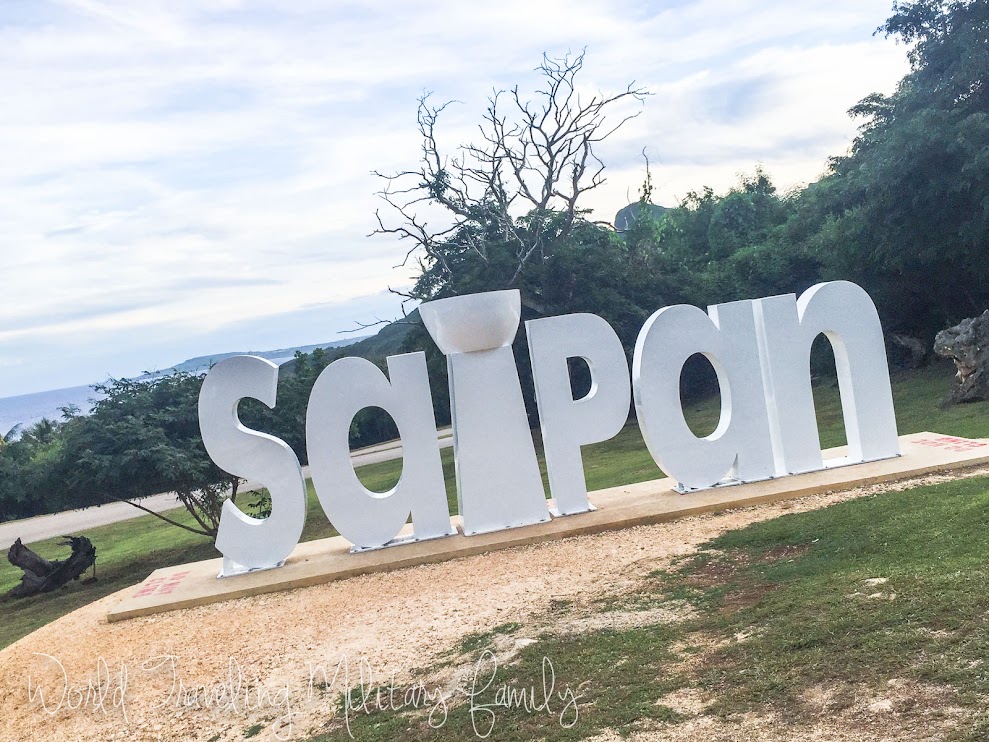 Overall we had a great time in Saipan, minus the hotel snafu, but the positives made the trip one to be remembered! Plus we got to check another place off our visited list! Look for my upcoming posts on Saipan and our itinerary!

Here is a breakdown of costs for those who are research obsessed like me 😉 This is for 2 adults and 1 teenager for 4 days & 3 nights.

I hope you get the opportunity to go check out Saipan!