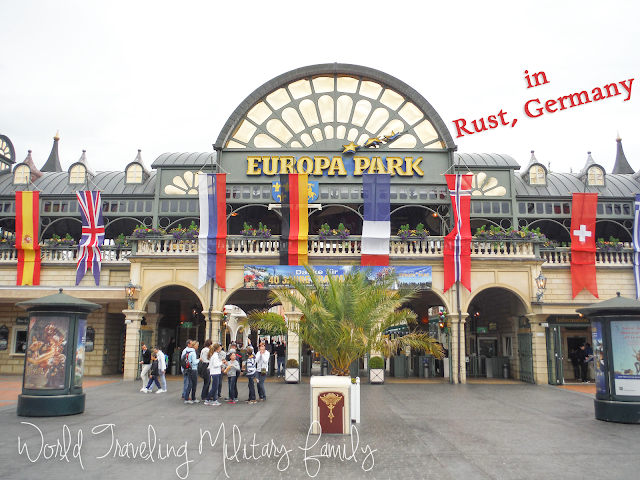 Europa Park is said to be Germany’s ‘best’ amusement park so we decided to check it out on Memorial Day. We spent Sunday exploring the Black Forest and the Triberg area. We stayed at Ferienwohnung Back, a great apartment that was 15 mins away so we were able to get to the park by opening at 9 am. It’s located in Rust, Germany. 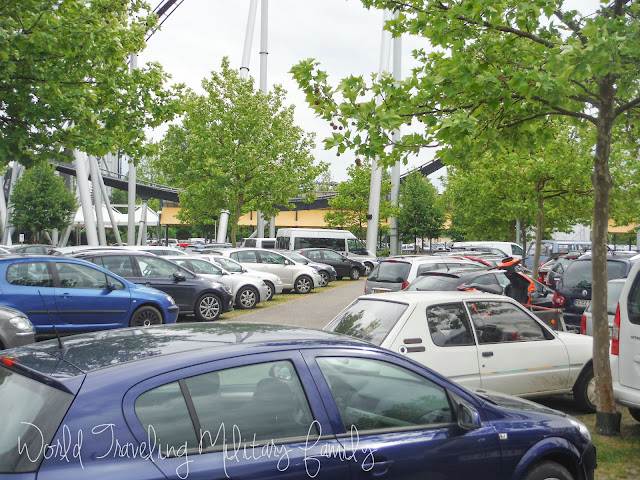 Parking is €5 and the closer you arrive to opening the closer you can park to the entrance. However if you have to park further out they now have the walking escalators like you’d find in an airport on the main sidewalk. 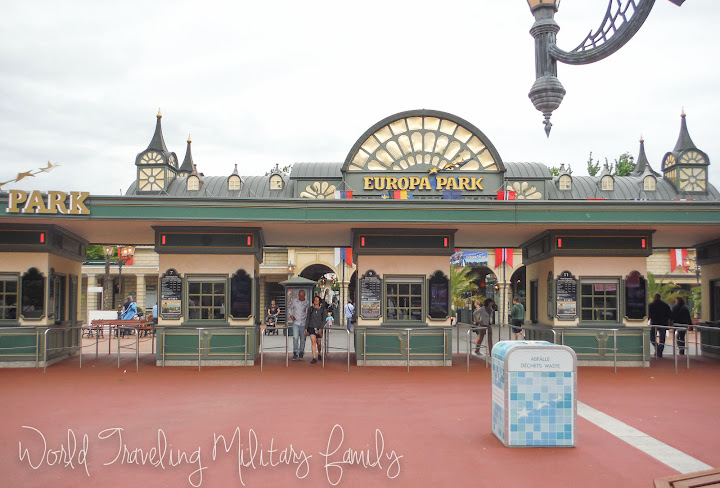 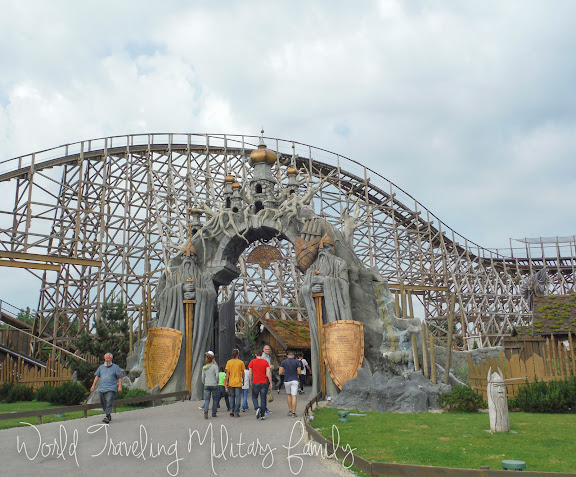 While American holidays are normally ideal for visiting amusement parks in Europe because they are less crowded it just so happened that this one fell also on a German holiday which led to it being a bit busier than we are used to. With that being said we still have fun but just didn’t have the super short lines like we typically have, the longest wait we seen was 45 mins for a ride. The areas are themed by countries, this was from Iceland. 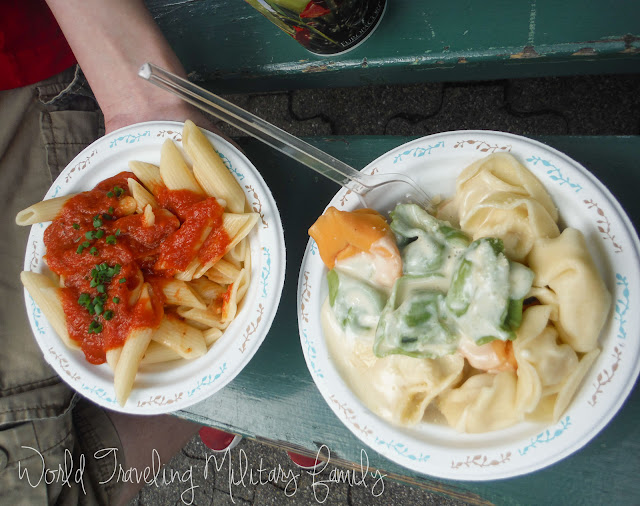 We did find that the food at Europa Park was not as abundant and did not offer as many choices as Phantasialand. Food stands where can quickly grab something and sit were few and far between. The majority were sit down places or cafeteria style and prices were higher than Phantasialand as well. There was an food stand near Histogram that served pasta as a meal deal for €6,80 or €4,30 for a plate of tortellini. Donuts were available in a stand next to it also. The cafeteria pizzeria in ‘Italy’ was €7,20 for a cheese pizza and €2,90 for a coke. As with most parks in Germany you can bring in your own food and drinks as well if desired.

One of the biggest downfalls of Europa Park was that people smoked in the queues! Nothing like being trapped in a long line next t smokers, ugh.

Also the day we were there the boys had waited 30 mins to ride Silver Star and then it broke down before they could ride so that was a bummer.

We arrived at 9 am and were done and ready to leave by 4:15 pm. We probably would’ve stayed a bit longer if the lines were a bit shorter. 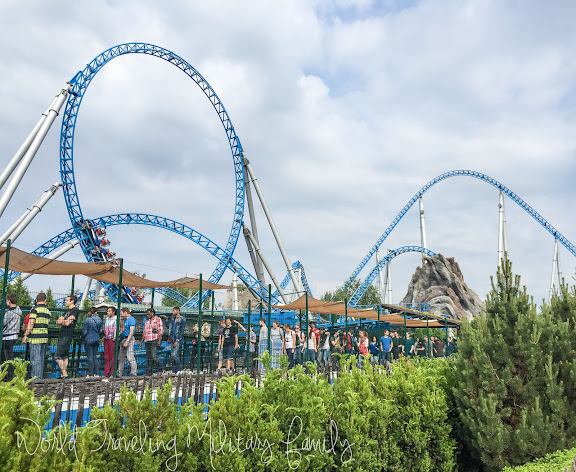 Tips for the park, start at the back with Blue Fire to avoid a long line. Mr. B & the boys only waited 10-15 mins. Also make sure to hit Silver Star early too as it’s popular. If you want to do the new Arthur ride, hit it early. It has a long wait later and is really not that great of a ride, at least not for a 25-30 min wait. 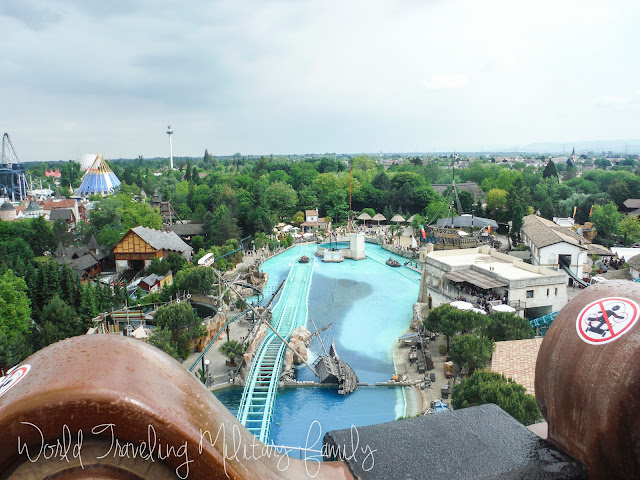 If you go on the water rides, you will probably get wet, and for sure on the river rafting one! I skipped it and my crew came out soaking LOL. The viking boat one wasn’t too bad only 2 of the 5 of us got soaked.

Also there were plenty of rides there for all ages, even an area just for littles as well, in case you happen to be traveling with any.

We had a fun day hanging out at Europa Park, it’s worth a visit at least once for sure.

What: Europa Park in Rust, Germany

How To Get There: It’s about 3 hours 11 mins from Spangdahlem, 2 hours 22 mins from Ramstein, and 1 hours 20 mins from Triberg, Germany in the Black Forest. GPS addy:

Traveling with little kids: Park includes rides and areas for all ages. There is also a Parent Swap program for those who like big coasters but have littles.

How long: Plan on at least a full day for the park.