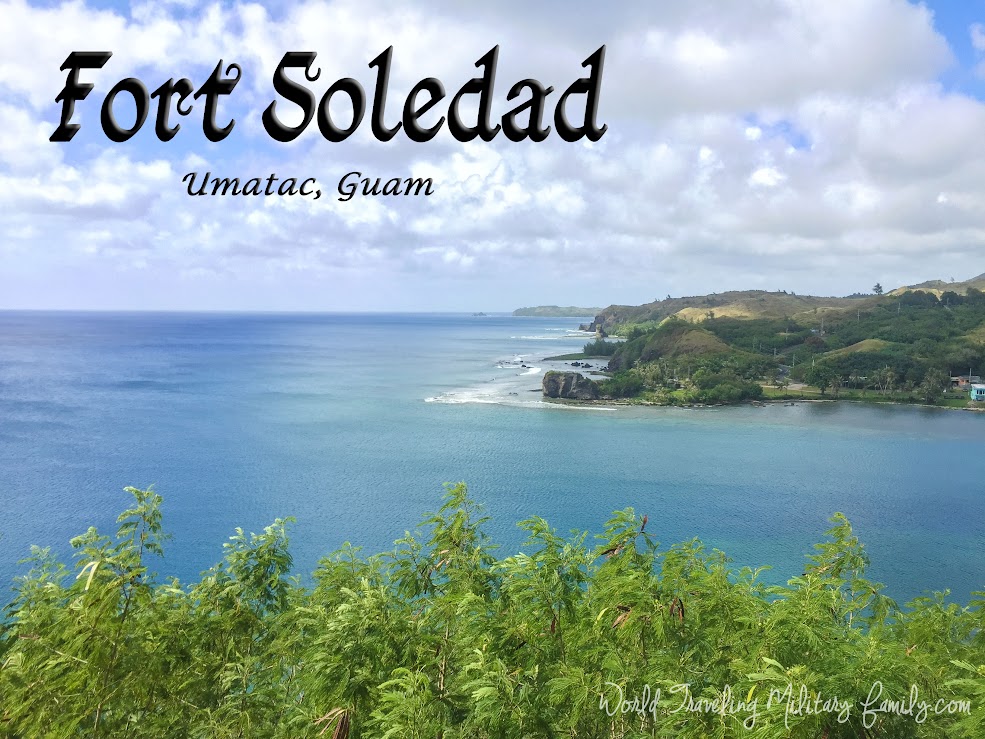 Fort Soledad in Umatac, Guam is a great spot to get some history of of the fort while taking in breathtaking views of the Umatac area. There are also several interesting things to see in the village of Umatac as well like the Spanish bridge, the bay area, and even church remains that have been through several earthquakes. 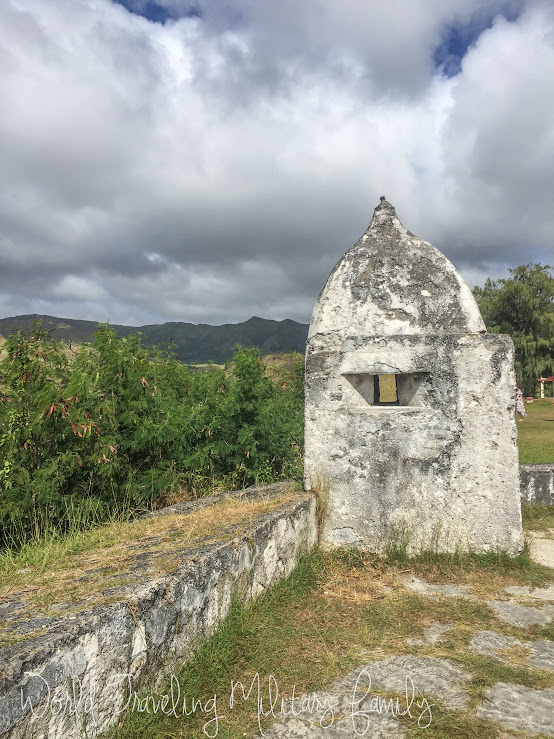 Fort Soledad is the remaining ruins of the last of four forts that were built in Umatac. It’s located on the bluff known as Chalan Aniti, which means Path of the Ancestors. It was built during the Spanish area in 1810 as a way to protect the bay area. Views from the Fort look over the village, the coastline, the southern mountain area, as well as the bay. The remains have been pillaged and looted over the years but in 1990 restorations were started. 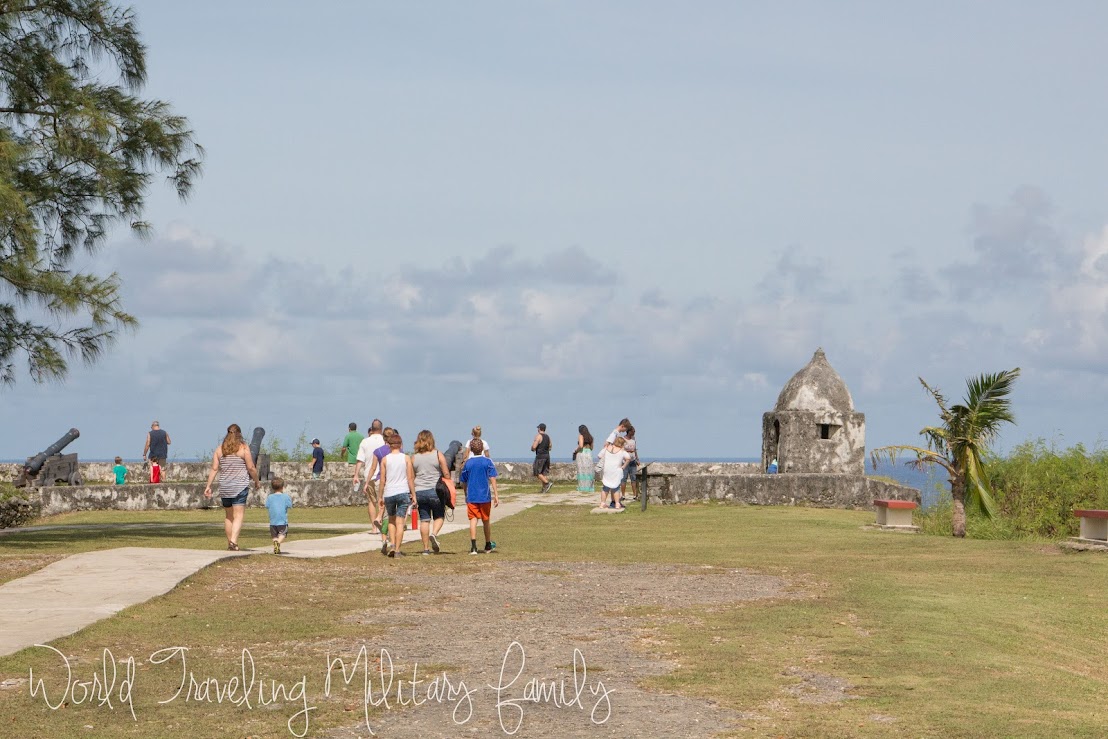 If you take the Andersen Newcomer’s Tour you’ll get to visit it as well. 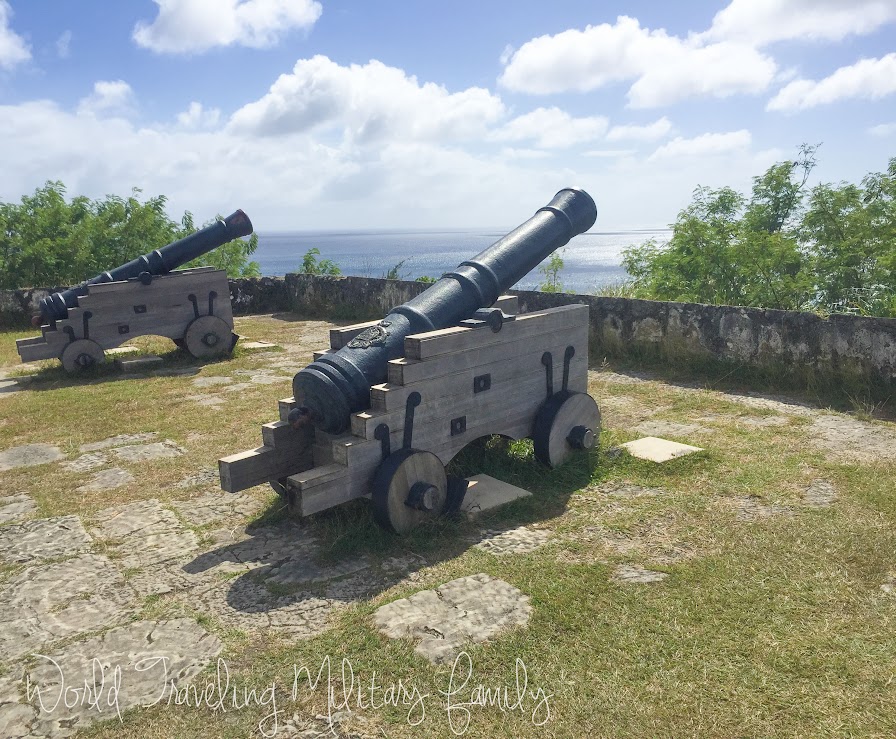 There are some neat cannons that you can check out and take pics with. As you stand there you can imagine them being fired at incoming ships to protect the Umatac bay. 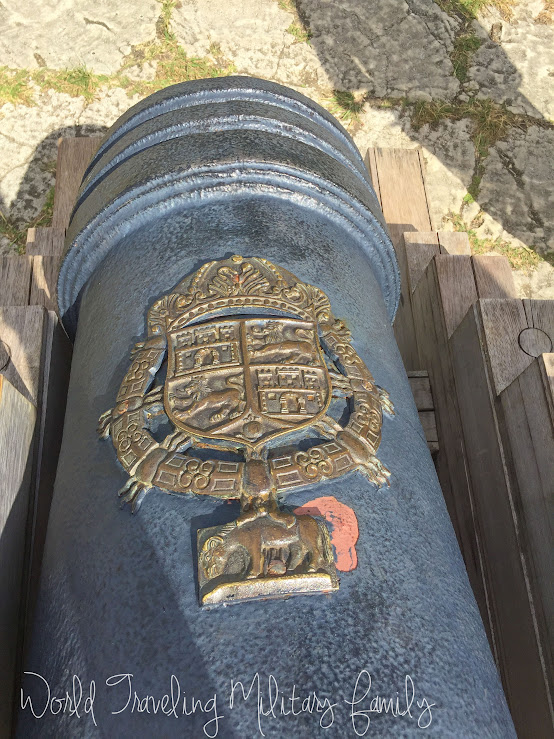 The cannons have some great emblems on them so don’t forget to check those out. 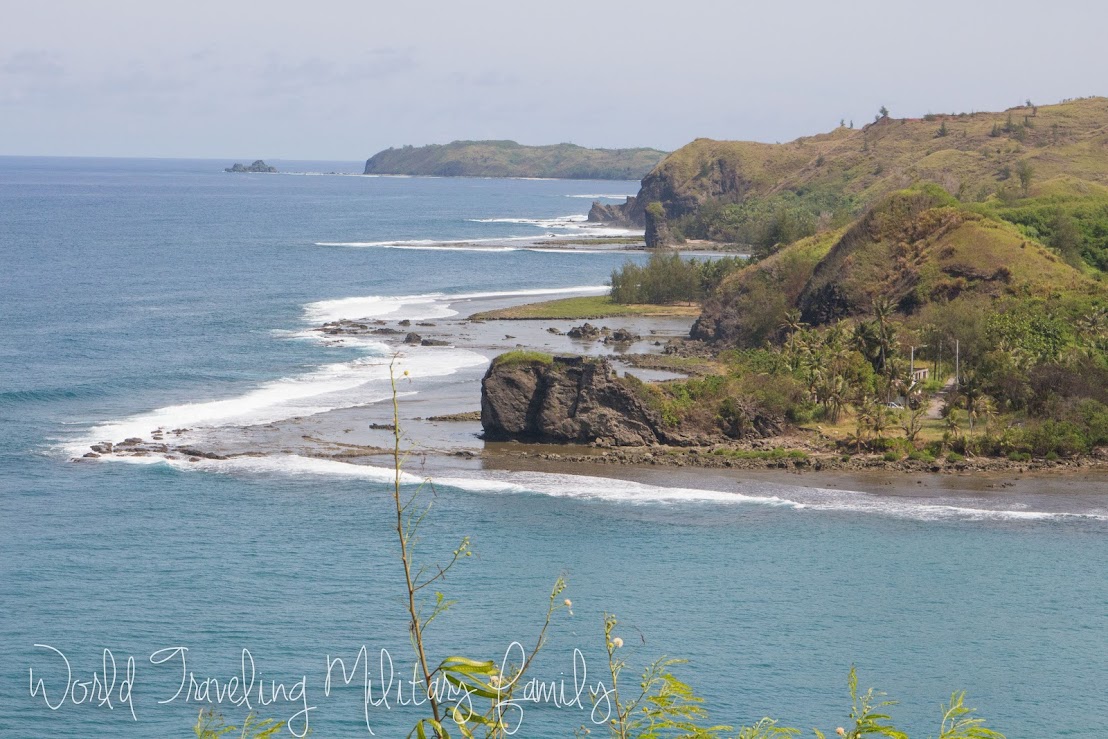 The amazing view overlooks Umatac bay and the Philippine Sea. Can you imagine being up there and watching Spanish ships sailing into the bay?! 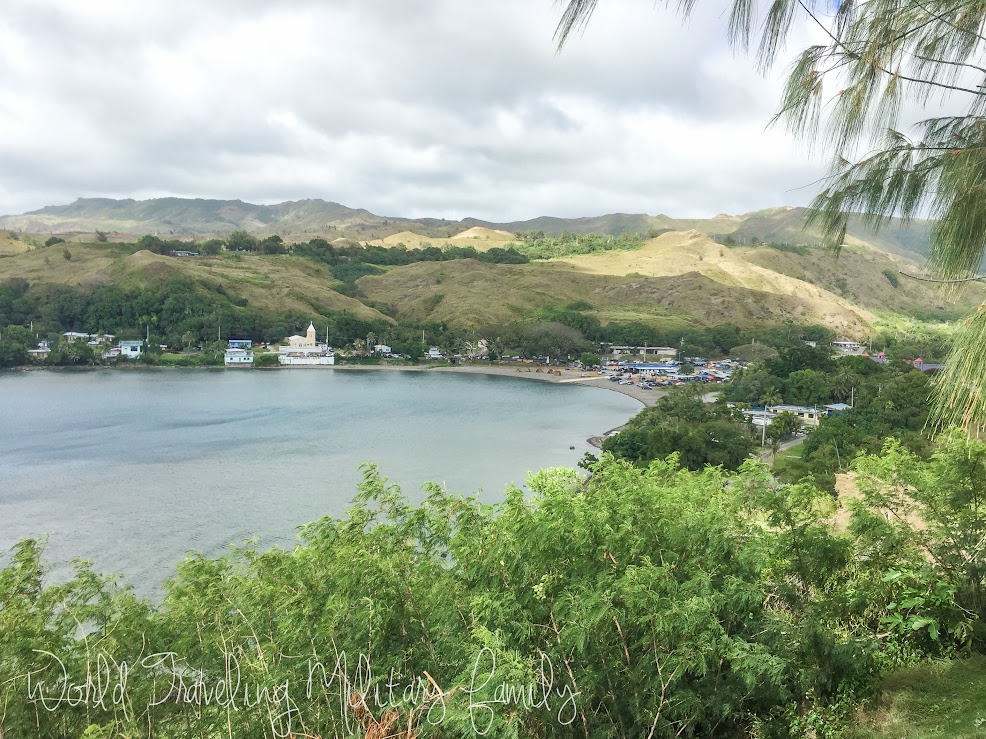 There is also a view overlooking the village area. 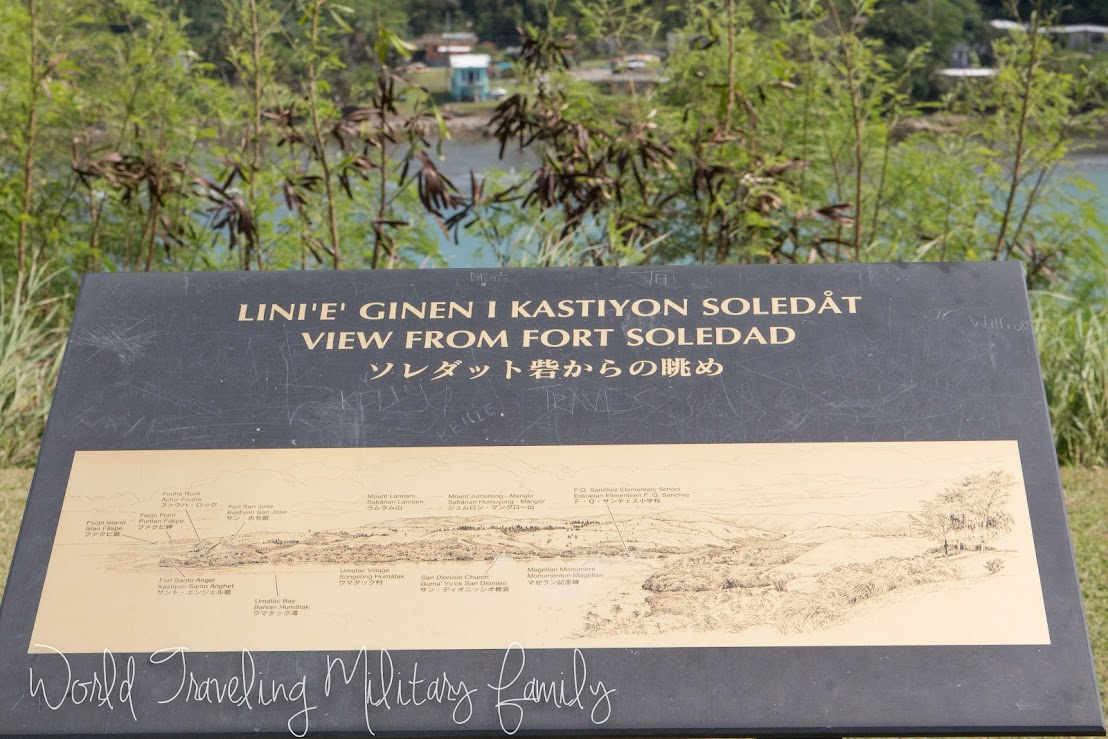 There is a sign that describes the viewing area as well. 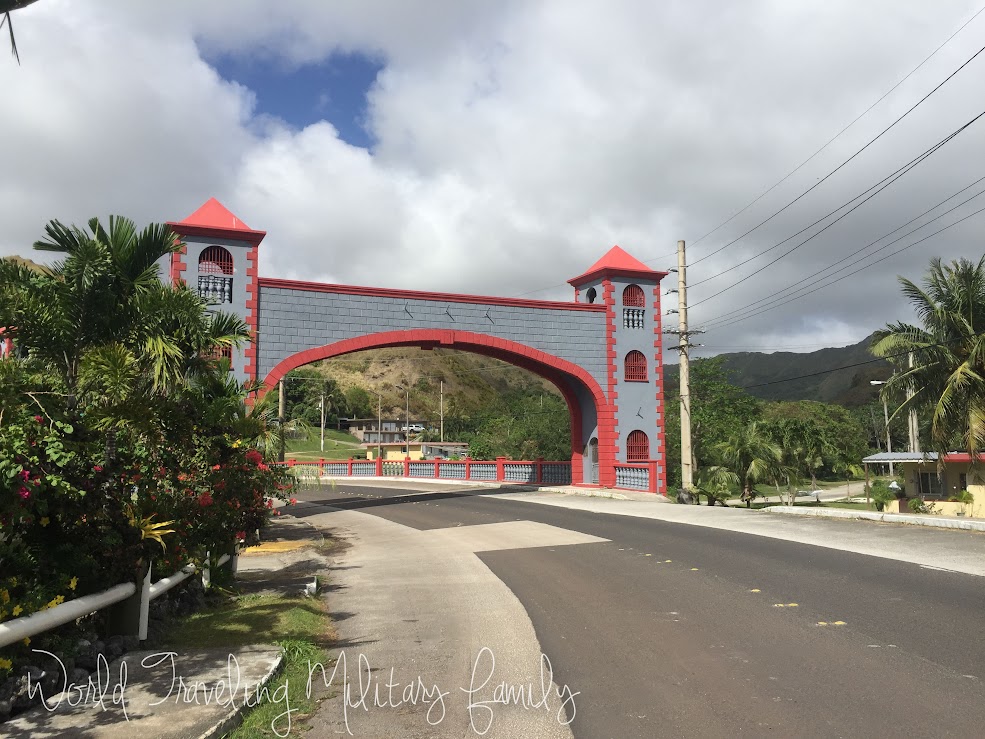 As you leave Fort Soledad and head toward Umatac village you’ll see the fascinating Spanish bridge that has been renovated. While it’s still closed for walking up into it does still make for some picturesque shots! 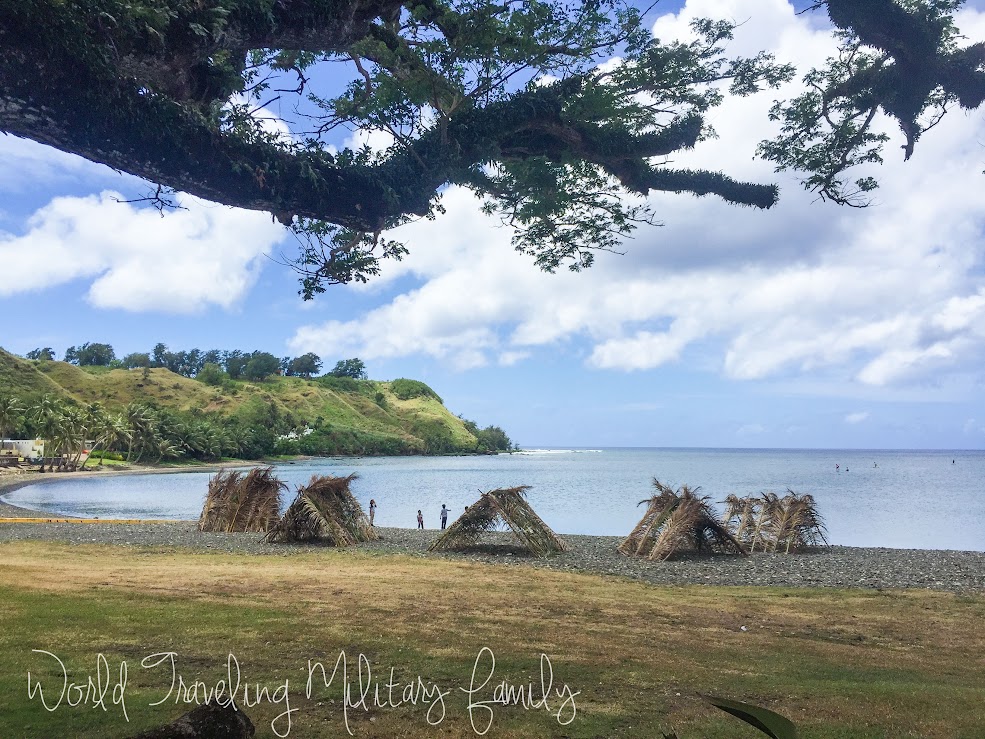 In the village you can hang out at the bay and swim and snorkel. They even have monthly clean ups to go out and snorkel and clean up the bay and keep it nice. You can also see the black sand in this area, the locals told us to walk to the right facing the bay area, so we need to back and check it out! We went to Umatac during a cultural festival and they had these neat huts set up on the shoreline. 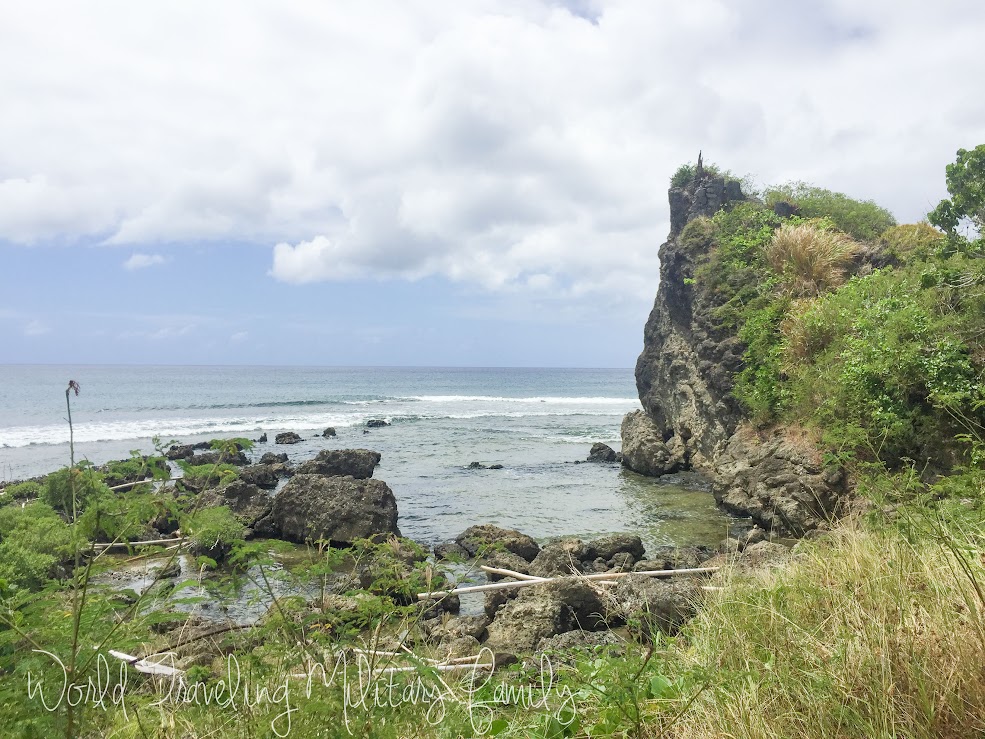 There are also very faint remains of another fort but you’d need a local to show you where they are located. We seen them on a tour for the cultural festival.

After leaving Fort Soledad if your heading towards Naval Base Guam you’ll also pass the Cetti Bay overlook area. You can easily combine them on the same trip. I’ll be doing another post about the overlook area.

This can be a fun adventure exploring the South end of the island!

How To Get There: Approx 1 hour 9 mins from Andersen, 27 mins from Naval Base Guam – Here is a google map to the parking area HERE it’s from Andersen but you can change the from on the left hand side.

Parking: There is a large parking area, it’s a 1 min walk to the fort ruins/overlook area. If parking down by the bay area there are some parking areas there as well.

Traveling with little kids: Super easy to do with littles! There are public restrooms to the left of the parking area if facing fort ruins as well.

How long: Plan on at least 15 mins if your just going for the views, longer if your wanting to picnic. Add time if you plan to visit Umatac Bay as well.