After our trip to the Wittlich Pig Fest we decided to go check out the Mosel Ballon Fiesta in Föhren, Germany. It’s a hot air balloon festival with 80 balloon! Unfortunately for us weather in Europe can be persnickety and it was not cooperating on Saturday when we went. However with that being said we’ve learned a few things to make next year’s experience better, so I wanted to share because I think it’s a festival worth checking out.

It’s best to plan your trip to the festival either early Saturday morning when the balloons are landing or on Saturday evening when they blow them up again, there is also a light show that evening as well. We arrived at 5:30 pm and the balloons were supposed to be set back up starting at 6 pm. The weather however had different plans, while wasn’t rainy it was stormy looking and I think they were concerned about lightening. It was hard to tell because all the announcing was in German. 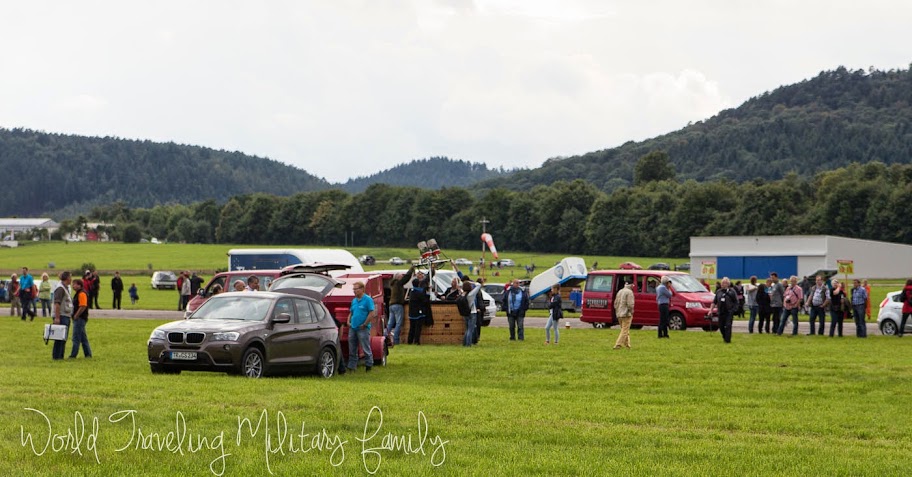 By 7:15 pm it had started to rain and they cancelled the balloons so we left since we’d already been out running around all day. We had a friend who waited out the weather for the light show at 9:30 pm but that was just going to be too long of a wait for us with nothing to do in the rain. Next year I plan on seeing the light show, hopefully the weather will allow it. You can see as one optimistic balloon team (below) was trying to get ready the storm clouds continued to roll in. 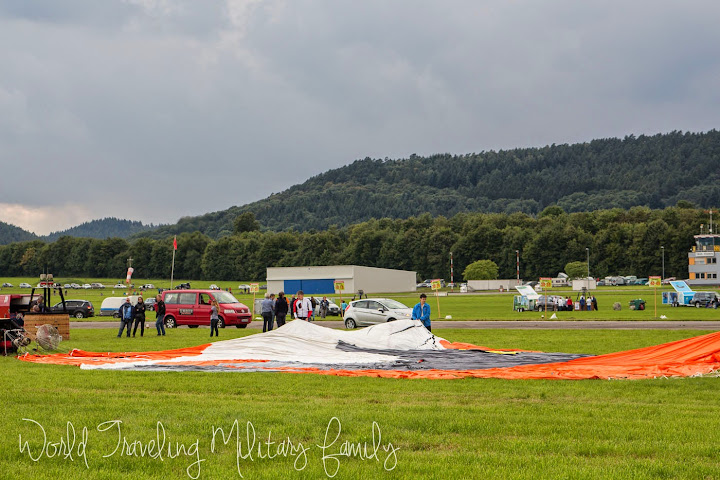 If you plan on watching the balloons or the light show bring a blanket or chairs! We did not think about this and were regretting having to stand around for over an hour while we waited to see if the balloons would go up. You can also ride in the balloons for those who are adventurous, you have to book the ride on the site before arriving though. 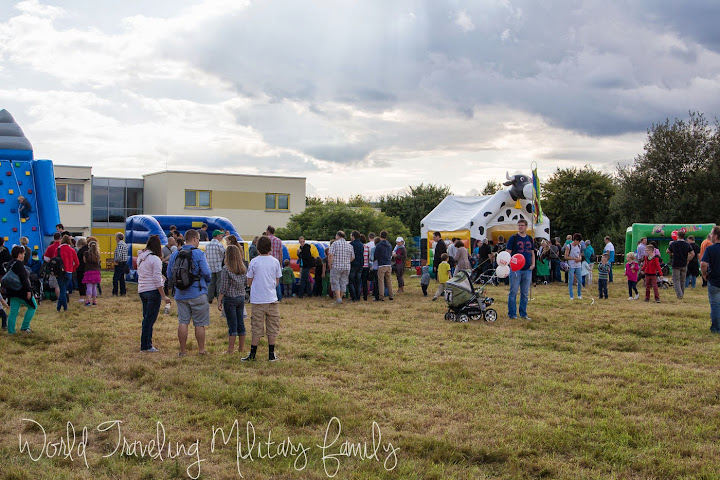 They had an assortment of bouncies and things for the kids, the best part was that they were all free! They even had a kid sized mechanical bull. 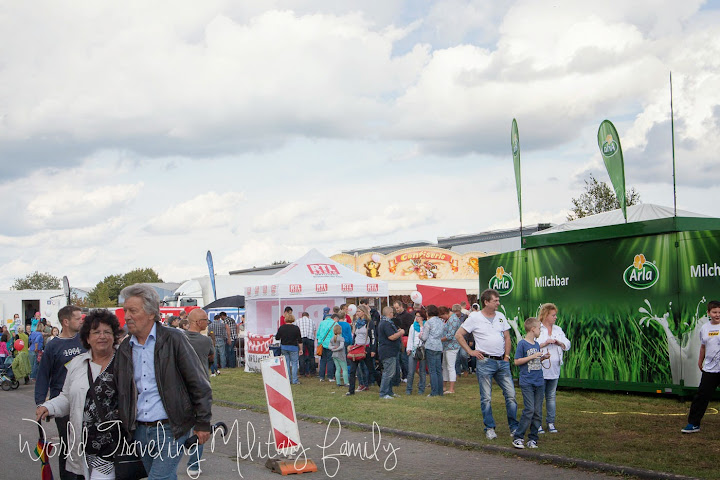 There was food available as well and Mr. B got some cotton candy for €1, I still can’t get over how cheap food is here at stuff like this, it would easily be $5 in the US. 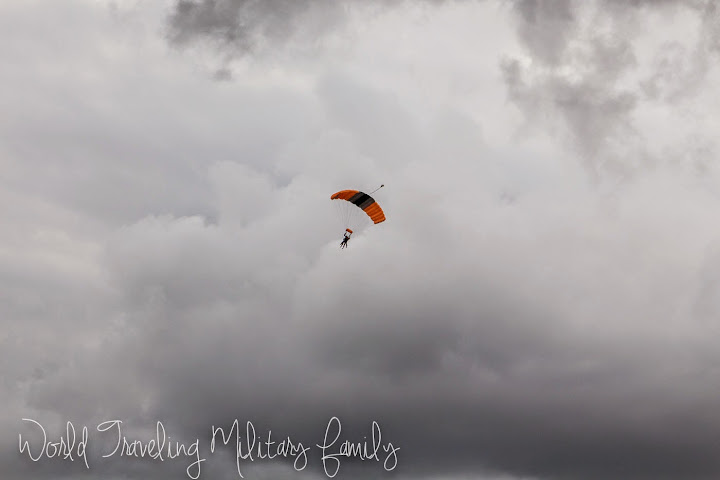 It wasn’t all a loss though because we did get so see a stunt plane and some sky divers while we were waiting. That was fun. I’m not sure with that ominous weather they would’ve been skydiving if we were in the US 😉 I guess they like to live on the edge here.

Also they were selling foam airplanes for the kids to throw for €15, you could easily bring your own that I’m sure you could find cheaper at a local toy store.

It’s not a huge festival (speaking in terms of size) but it offers something unique to see and do. I’m excited to check it out again next year and see the balloons & light festival! Also note that this festival only last 2 days (Friday & Saturday) so make sure you take that into consideration when making plans because other festivals (like the Pig Fest) last a few more days so you can go on a day that doesn’t conflict.

How To Get There: It’s about 21 minutes Spangdahlem, about 1 hour from Ramstein. The  address is tricky to find so I’ve included it here:
Trier Region Industrial Park Europa-Allee 1, 54343 Föhren, Germany. We entered that into our GPS and it took us there without any issues.

Cost: Free to attend festival and bouncies activities for the kids. Bring Euro for food & drinks.

How long: Plan on a few hours if your wanting to see the balloons going up and the light festival.